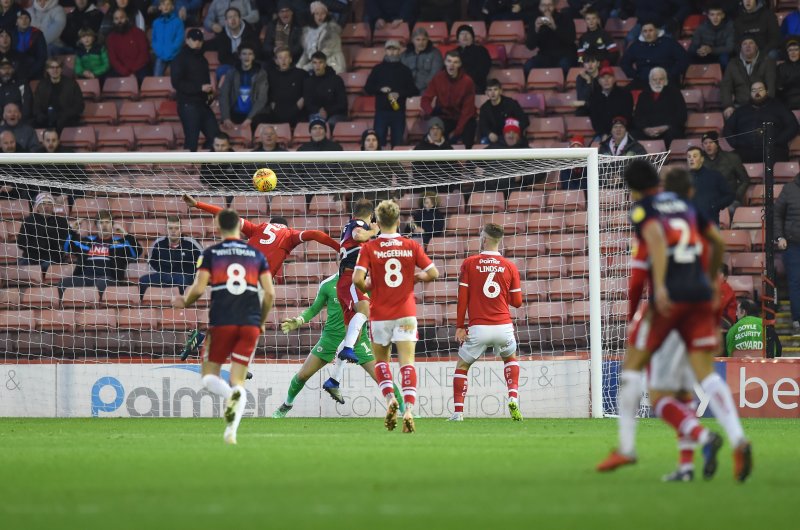 The 21-year-old  has had loan spells at Doncaster Rovers, for whom he scored his first league goal at Oakwell in November 2018, and Hull City. He is close to joining on a permanent deal, with a fee of more than a £1million reported elsewhere, and could face his hometown club Bristol City tomorrow if selected.

The Reds have until 5pm today to do business with EFL and Premier League clubs, with the international window having closed on Monday of last week. They had been hoping to recruit a striker while also looking at left-back.

Cardiff City are understood to be one of several clubs to have made an approach for Cauley Woodrow but none had come close to Barnsley’s valuation as of yesterday. Cardiff are expected to return with another bid and test Barnsley’s resolve to keep their top-scorer last season with 15 goals in all competitions while he is the only player to have netted for them so far in the Championship this campaign.

Caretaker Adam Murray told the Chronicle: “Whenever you lose a good player it hurts you. But you have to be prepared for it and deal with it. None of us know exactly what will happen. You can never be sure at this stage of a window. We want to keep all our good players, but we will deal with every situation.”

He added: “There is interest in a couple of our players. When you have a season like last season and create a miracle at the end and perform to a high level, you will have players on a lot of clubs’ radars. We want to keep our best players but we all know it is a business. As far as I know, we don’t need to sell.We have looked at every outcome because we could have a team all week then lose a player on Friday. We have to have plan A, B, C and D.”

Barnsley are known to be interested in signing a targetman striker but have struggled to find such a player who is ready for the Championship within their budget. Murray said: “We want a striker if it’s the right striker. There has been a huge amount of talk that we need another striker and in the perfect world, if the perfect player popped up, we would take it. Last season a centre forward scored 15 (Woodrow) and another scored 13 (Conor Chaplin). I know what these boys can do. The recruitment guys, Dane (Murphy, chief executive) and the board are working exceptionally hard. They have spoken to a lot of targets we think can make us better. We are hoping we can add bodies.”

There are no players in the first team squad who are natural left-backs, but midfielders such as Clarke Oduor and Callum Styles have been converted to play there. Murray told the Chronicle: “That is a position which, in an ideal world, we would look at if the right one popped up. I think there are people who haven’t had much of a chance like Clarke Oduor who has played a lot of good football at left-back. We have Callum who has been great there and we have Romal back fit which might allow us to push Callum back out there.”

Bambo Diaby’s contract was cancelled by mutual consent after he was banned for a doping violation. Asked if Barnsley would look for a new centre-back, Murray said: “I don’t think so. We have the three guys who have been playing there (Mads Andersen, Michal Helik and Michael Sollbauer) who are good Championship players and there is so much more to come from them. Jordan Williams has been fantastic in that position. Aapo (Halme) hasn’t had many opportunities this season but he has a lot of potential and we have a young lad who is training with us in Jasper Moon.”

Mowatt, Barnsley’s captain and central midfielder, has been linked to various Championship clubs but the Chronicle understands there have been no bids for him as of yesterday. The 25-year-old, who has been at Oakwell since 2017 with 117 appearances, has one year remaining on his contract while Murphy has said the club and skipper are ‘far apart’ in negotiations.

Mike Bahre, who has not played this season, has been training with the under 23s and looking for a new club.  Murray said: “Mike has had contact with a few clubs. He hasn’t been training with us. He and his agents are looking at a few options and we’ll see what happens on Friday.”

Others who could leave are fringe players such as strikers George Miller and Victor Adeboyejo.