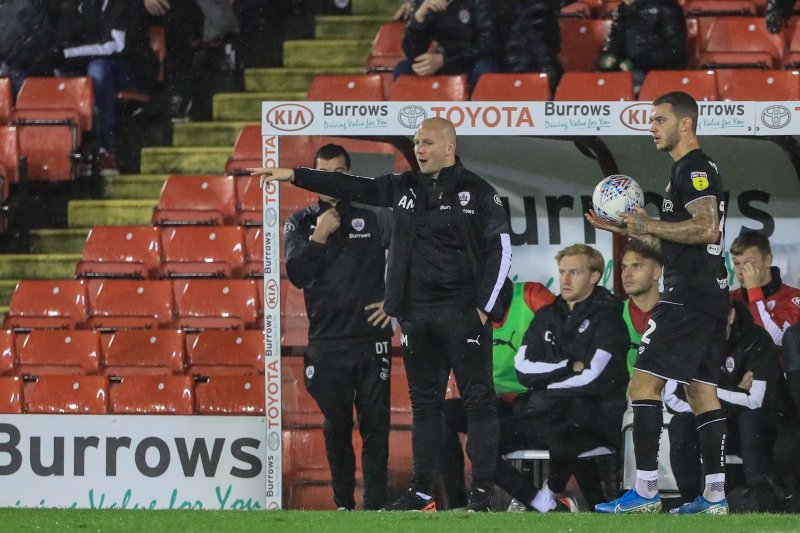 Barnsley will look to avoid their longest winless run at the start of a season in a decade when they host early Championship leaders Bristol City from 3pm tomorrow.

The Reds have lost three and drawn one of their Championship games this season, the first time they have not won one of their first four since 2013/14.

If they do not beat the Robins, it will be their longest wait for a league win since 2009 when a 2-2 draw at Sheffield Wednesday was followed by five successive losses. Barnsley will also be hoping to score a goal in the first half of a game for the first time in 11 attempts – already a club record – since Cauley Woodrow struck in the 1-1 draw with Sheffield Wednesday in February.

If they do not net within six minutes, it will be the longest they have waited for an open play goal in a season – beating the previous record in the 1992/93 campaign. Caretaker manager Adam Murray said: “Our main aim is to get goals and points on the board.

“We know we’re in a better place than last year but the table doesn’t lie.

“We know we have to put things right. We have a huge amount of games coming up so we can put ourselves in a good position quickly.”

Murray was in charge – as caretaker following the sacking of Daniel Stendel – the last time Bristol City visited Oakwell on November 1 last year.

The visitors went 2-0 up but Aapo Halme and former Robins loanee Woodrow, with an injury-time leveller, salvaged a point. That was a fourth successive 2-2 draw at Oakwell for Bristol City, with the last three featuring an injury-time equaliser.

City sacked Lee Johnson, the former Barnsley head coach, near the end of last season and replaced him with his former assistant Dean Holden.

The Robins have won all four Championship games so far this season and are currently top. They have beaten Coventry City, Stoke City, Sheffield Wednesday and Nottingham Forest.

Murray said: “I am chuffed that the manager got the role because he’s a proper football guy.

“He’s very attacking and they have a lot of attacking strengths.

“But like any team they have weaknesses and we have looked at those.

“The start is important because they like to put teams on the back foot.

“We need to win that fight and then cause them more problems than they cause us.”

City signed two ex-Reds over the summer. They brought in former Oakwell loanee midfielder Joe Williams, who has been relegated out of the Championship in the past three seasons with Barnsley, Bolton Wanderers and then Wigan Athletic, but is an injury doubt tomorrow. Former Barnsley captain Alfie Mawson also joined on loan from promoted Fulham. The centre-back – who played 64 games for the Reds – is likely to make his second return to Oakwell since his £5million move to Swansea City in 2016, following a 1-0 loss with Fulham on the first day of last season.

City also have right-back Jack Hunt who spent part of the 2013/14 season on loan at Barnsley from Crystal Palace.

Woodrow spent the 2017/18 season on loan at Bristol City.

He scored twice in 15 appearances but only started three league games.