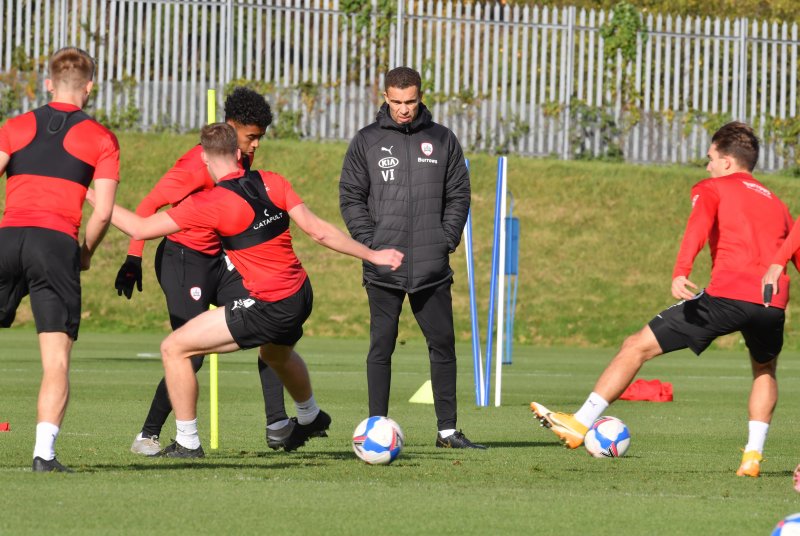 Barnsley will look for a third straight Championship victory when they visit Cardiff City tomorrow from 7.45pm.

The Reds have won both matches so far under Valerien Ismael without conceding, beating Queens Park Rangers 3-0 last Tuesday then winning 1-0 over Watford on Saturday.

Cardiff are 17th, two places below Barnsley, having followed three successive 1-1 draws with a 3-2 defeat at Queens Park Rangers on Saturday who scored in the final seconds.

They are yet to win at home in the league this season but have got the better of the Reds in recent seasons with their direct and physical style of play.

Ismael said: "It will be the next tough game against a very strong opponent. They have very big control in the air.

"This is why the Championship is very very strong, you have a lot of different styles of play and the quality and spirit is unbelievable in every team.

"Cardiff play football in another way, but it is a strong way. It is a good test. I am very much looking forward to it. I need every game to see where we are."

Right wing-back Callum Brittain was taken off at half-time on Saturday with a hamstring problem and will miss the trip to Wales as well top-scorer Cauley Woodrow, defender Jordan Williams and  midfielder Romal Palmer. Striker Victor Adeboyejo is back and in contention.

Asked if the spate of injuries was a coincidence or a consequence of this season's busy schedule and a shorter than usual pre-season, as well as his high-pressing style, Ismael said: "If you look at the last two games, it is the highest record that the team shows in terms of running and distance. It is a new style for the players and it is not a surprise that the injuries happened. I have to accept it and expect it. But they are small injuries, not something big.

"There are a lot of reasons, the schedule is very tough and very close. It is always a problem when you play on Saturday then Tuesday. The player does not get as much time to recover the body and head. But we have good experience in the staff to manage this situation. Everybody has to be ready. With our high intensity way to play football is very hard, with this schedule."

Barnsley left on Monday afternoon and will stay in a hotel overnight. Ismael said: "Cardiff is a long way but we are professionals and it is part of our job. Maybe it is good that the guys are close together in the hotel and to focus on the game."

Cardiff have former Barnsley striker Kieffer Moore. Ismael said: "He is a target player. Their way to play is around him, with a lot of crosses and second balls. We have to concentrate and we know how to defend against him. We showed the players some clips. We have to be very good in the box but we are ready."

Striker Patrick Schmidt added: "It will be a tough game. We know Cardiff is not a team who wants to play from the back, we expect many long balls. Second balls will be very important. We have a plan and everyone is 100 per cent ready for a big fight.

"We are five games unbeaten and we have two wins in a row. It feels good but we have to keep the spirit and take it to the next game. Watford is probably the biggest team in the league and we did very well. We know anyone can beat anyone and showed a very good performance."