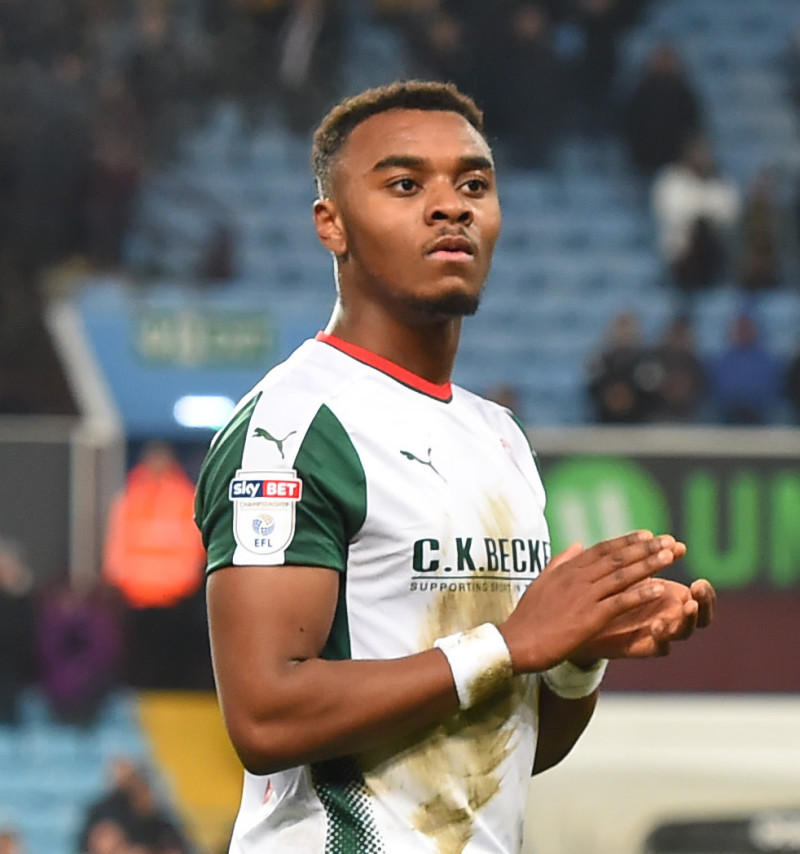 Dylan Mottley-Henry is determined to make the most of Barnsley having a thin squad currently, after making his debut for the club in the 3-1 loss at Aston Villa on Saturday.

The 20-year-old winger from Leeds signed from Bradford City, who he played for twice, in 2016 then suffered four hamstring pulls before impressing on loan at non-league Tranmere Rovers this season.

In the absence of injured Lloyd Isgrove and Ryan Hedges, and while the club is waiting to bring in other players in the January transfer window, he was given the last 22 minutes at Villa Park.

Mottley-Henry said: "The manager said this is my opportunity. I believe that I will be able to stay in the team, but I just need to take my chance. I have just signed a new two-year contract so it was definitely the best week of my career. Hopefully I can get on again in our next game and help the team win.

"It's a dream come true to make my debut in the Championship, especially at Villa. It was crazy to see John Terry but you don't have time to be starstruck."

Head coach Paul Heckingbottom said he would like to send Mottley-Henry out to an EFL club if they sign another winger.
The player said: "There are a few teams who want me to go out on loan but I am not really too bothered about that, Barnsley is the team I want to play for."

Mottley-Henry was on the bench along with fellow under 23s players Matty Wolfe and Jacob Brown. He said: "It can be a bit scary moving up to the first team and taking that big step so it is good to have some of the other under 23 players with you. But you go on the pitch by yourself and you just have to take that on."

Dylan said his injuries have been tough, adding: "It wasn't a good time. I lost my head a bit but I had to refocus and I have got the results of that. I am just trying to keep on top of my injuries and the physios are helping me."