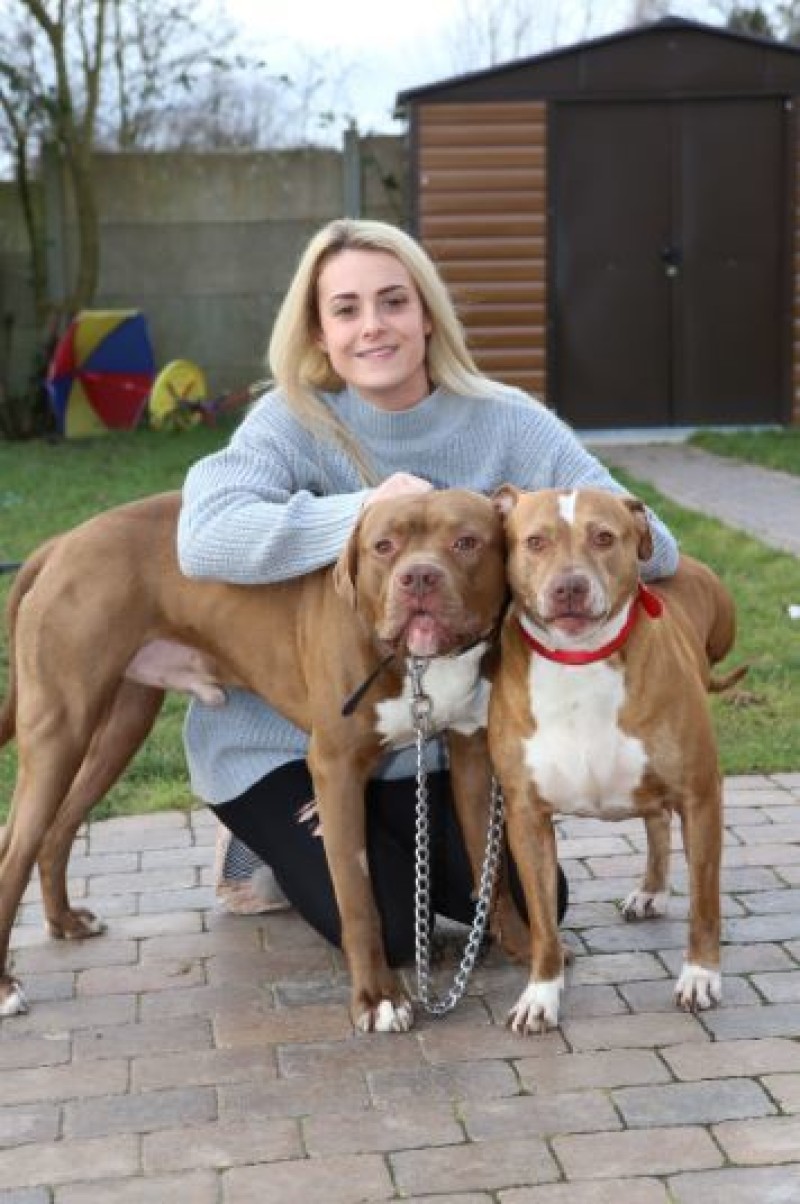 SOUTH Yorkshire Police have been ordered to pay more than £3,000 in costs after finally returning two dogs to their owner, ten months after they were seized.

Ashli Lazenby’s dogs, Rio and Reggy, were taken by police after an incident in March last year where a man who was walking his own dog was injured by one of them, but could not be sure which was responsible.

In October, magistrates ruled against police claims the dogs were part of banned breed pitbulls. Dr Kendal Shepherd, a vet and animal behaviourist, said neither dog was a breed classed as dangerous.

But after that decision, the police then applied to have contingent dog destruction orders applied to the pets - meaning the dogs will not be destroyed as long as no other incidents occur within a set period of time.

Ashli, 22, from Shepherd Lane, Thurnscoe, had Reggy returned last month after receiving a call from the police informing her they were dropping his application.

But the application continued for three-legged Rio.

It was that application which was thrown out by district judge Naomi Redhouse at Barnsley Magistrates’ Court last week, who found it was made outside the six-month time limit required.

Ms Redhouse said: “The history of these proceedings is in every respect an unhappy one. But I don’t think that makes it complex.

“This was a straightforward point which was determined straightforwardly by the court, who took the time to check. But it is a very clear point. No police officer, prosecutor or lawyer would not be aware of the time limits which apply to proceedings here.

“And I would like to bear in mind this is a very reasonable amount of costs. I see many where an hourly rate is applied and the costs are vastly greater.”

Rio returned home last week. But Ashli said she has had to fork out more than £200 for an extra large cage, a bed and a castration operation for two-year-old Reggy.

Ashli said: “Apparently they were at the side of one another while in kennels but they have been completely apart for about a month and a half.

“I’m happy with the court result. If they had just dropped it back in October, it would have been me having to pay the costs - but we wouldn’t have had this problem with them now.

“The police didn’t say anything when they came home so hopefully they will leave them be. They have no reason to seize them again.”

Ashli said months in the kennels have made five-year-old Rio put on weight, so she now has to balance a diet and exercise with the fact she only has three legs.

“I will be putting a complaint in about the police. They can’t just think they can get away with ignoring the judge’s decision back in October,” she said.

Ashli’s solicitor James Parry, from Parry and Welch Solicitors, said: “It is now a choice for the chief constable to abide by the decision of the court, of which there have now been two, the first of which was when the conviction was all together dismissed.

“Now they have to abide by the decision or try and reseize the dogs and start all over again. Rate payers are not well served by the chief constable wasting energy and a sizeable amount of money on kennelling costs.”