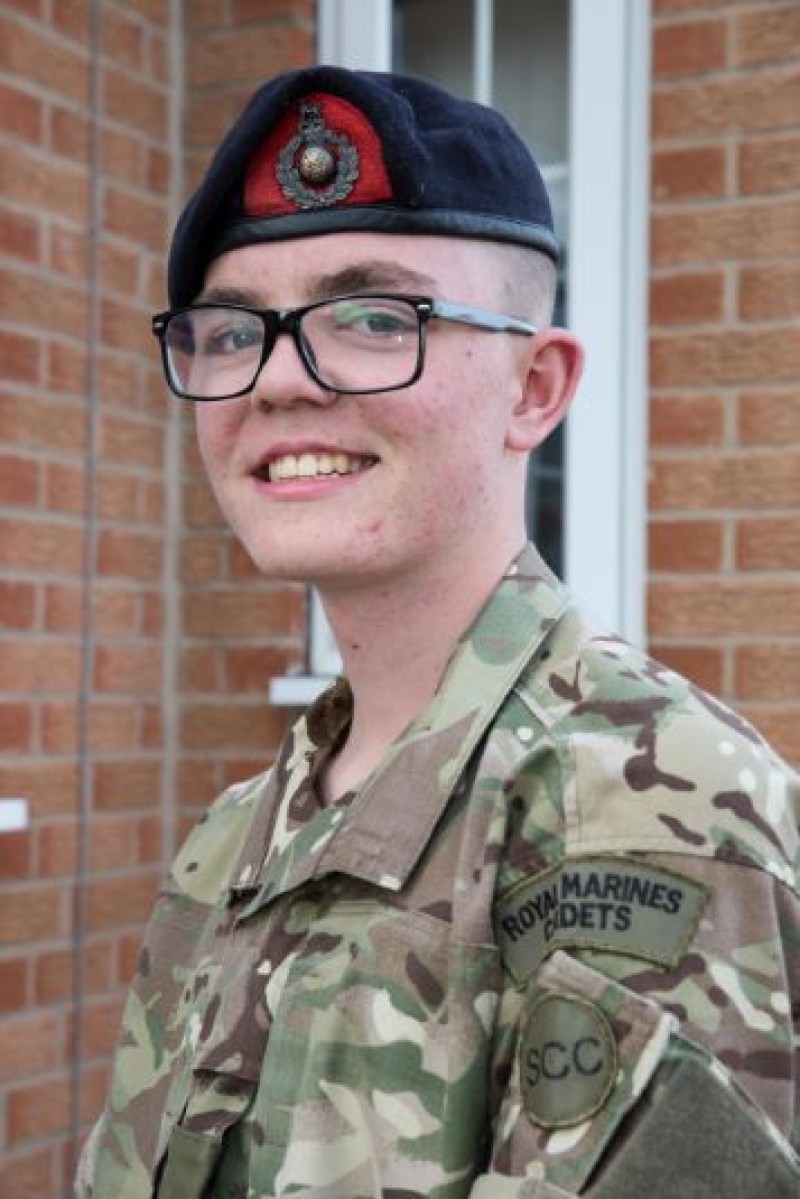 A TEENAGER has turned his life around and has represented the sea cadets at a flagship event held in honour of the Battle of Trafalgar.

Rio Wall, 16, has been in the Barnsley sea cadets and Royal Marines since he was 12-years-old and is hoping to one day become an officer in the Royal Marines, specialising in logistics.

Rio, from Hemingfield, has attention deficit hyperactivity disorder (ADHD) but has not let this stop him from achieving his dream job.

Proud mum, Nicola Middleton, said he has dedicated his life to the cadets and has now chosen a college course which will further aid his career.

She said: “He’s wanted to do this sort of thing for as long as I can remember. He suffered with his ADHD when he was younger but the cadets have turned his life around and made a good lad out of him.

“He initially wanted to do A-levels in different subjects but he’s chosen a public service course now which is perfect for his dream job. He’s really dedicated.”

On October 21, after ten days of training, Rio was selected to be the drum major in the Trafalgar Day Parade.

Rio, and hundreds of sea cadets from across the country, marched through Admiralty Arch and made their way to Trafalgar Square to commemorate the Battle of Trafalgar, a tradition which dates back more than 100 years.

Nicola said: “I am so proud. I think Rio's achievements can show other young adults in the Barnsley community that you can achieve what you want to.

“He used to have a big massive bass drum, and now he is leading the band and shouting out commands. He’s come so far and I am really proud of him.”