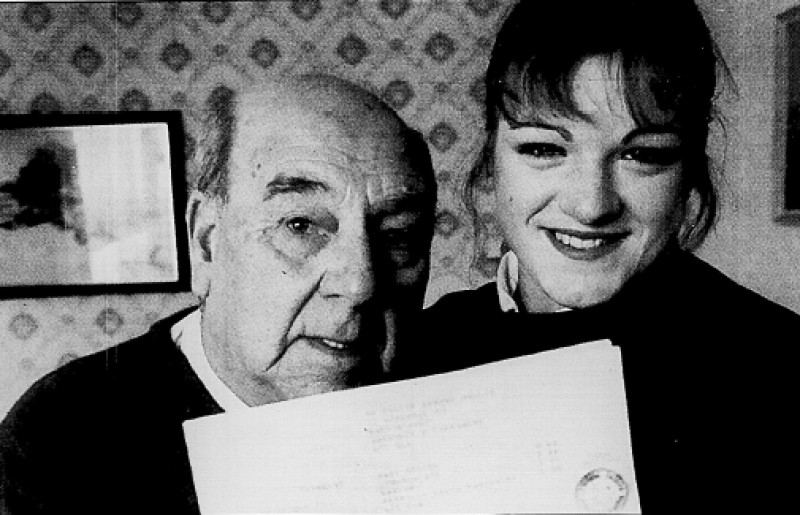 AN ELDERLY man has had his spirit of Christmas rekindled by a thoughtful teenage girl.

Philip Hawley, 77, caught the Barnsley bus from Darton to do a little shopping.

When he arrived he found that he no longer had the shopping bag which contained his pension book, around £20 in cash and a few groceries.

That night two policemen went to his Darton home to hand over the bag and its contents.

They told him that it had been found by Kelly Makinson, 15, who found it at the bus stop.

The news made his day: “It’s not so much getting the stuff back, it’s knowing that there are still some good people out there.”

FESTIVE cheer has been restored to dozens of needy youngsters who had their presents stolen.

Heartless thieves took more than 50 presents chosen for individual underprivileged children by social services staff at Athersley. Camping equipment worth £1,500 was also stolen over the weekend.

The youngsters were inundated with offers of replacement Christmas gifts from people in Barnsley and as far afield as Altrincham, Cheshire, after social services committee chairman, Coun Clive Cawthrow made a radio appeal.

Anonymous donations of almost £1,000 including one gift of £500 have also been received. A local menswear retailer has offered 24 pantomime tickets.

ROYAL fanatic Zofia Pearson got the thrill of a lifetime when she met Prince Charles on a recent visit to South Yorkshire.

Now she can boast of having chatted to three members of the royal family, adding the prince’s name to that of his sister and mother.

She met Princess Anne in Wakefield and the Queen in Barnsley in 1986.

“Prince Charles is my favourite man, it was lovely to meet him,” said Zofia, 70.

Stood outside the Sainsbury’s Superstore, Meadowhall, as the Prince’s party walked by she shouted ‘hi’. The lady was delighted when her hero walked over for a chat.

They exchanged pleasantries for a while before she left with her admiration of all that’s royal strengthened.

STUDENT dancer Rachel Higginbottom, 17, beat contestants from all over the country when she won the senior modern dancing scholarship section in the Stage Dance Council International competition at Butlin’s, Bognor Regis.

Rachel, from Worsbrough Dale, attends Leeds Dance and Performing Arts College and won £250 and a rose bowl. She has been dancing since she was nine.