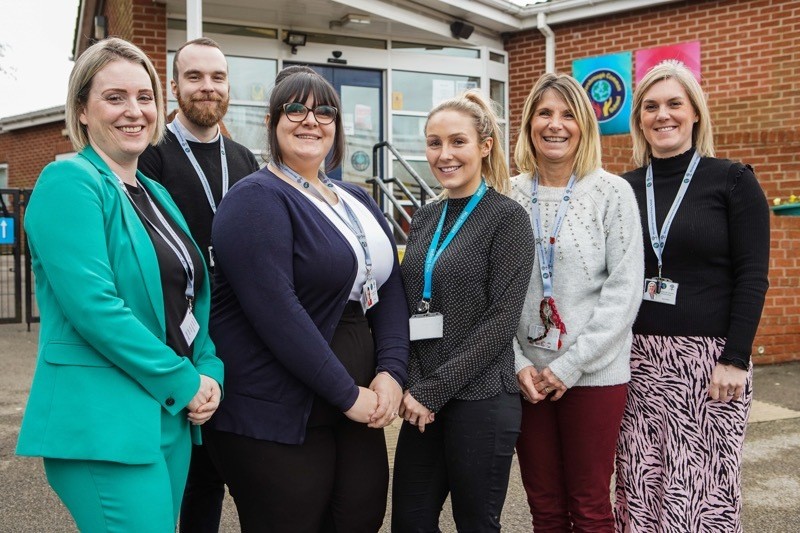 THE head teacher of a previously failing primary school has reflected on a first term that has already seen a major turnaround.

Rebecca Paddock, who became head teacher of Worsbrough Common Primary School in September after the school came under the management of the Hoyland Common Academy Trust, said her first priority was stabilising the school after what Ofsted inspectors called a ‘period of turbulence’.

The school had dropped from ‘outstanding’ to requiring improvement in 2018 amid declining standards and high absence rates, with Rebecca saying rebuilding links between the school and wider community were key to pulling it back up the league tables.

She said the school was already ‘unrecognisable’ from when she took over.

“It’s been an extremely good term, the school has come a long way compared to where it was this time last term,” said Rebecca.

“Being part of the trust, and the support it has given along with other HCAT schools, has had a huge impact on how quickly the school has moved forward. You can’t run a school by yourself, we’ve got a really strong leadership team. Staff have got high expectations of themselves, pupils have high expectations.

“They’re very proud of being part of Worsbrough Common. There’s a clear message getting across to children and their families.

“We wanted to work closely with families. The school used to have a really strong link with families, and we want to rebuild that.

“Towards the last few weeks of last year we had a Christingle service where 148 parents were at school with their children. That’s the most we have ever had.”

Key to the quick progress has been an improvement to pupils’ attendance, from 94 per cent to 96 per cent which is the national average. The school celebrated 143 students getting 100 per cent attendance for the last term.

“We can’t support kids unless they’re in school,” said Rebecca.

“They enjoy coming to school, and they’re happy even when they’re learning hard and being challenged.”

As part of joining the trust, at the end of last year the school had an evaluation similar to an Ofsted inspection.

“We get a five-term grace period before our next inspection to allow the trust to have an impact,” said Rebecca.

“I’m confident it will be at least a ‘good’ rating, but we’re aiming high.”