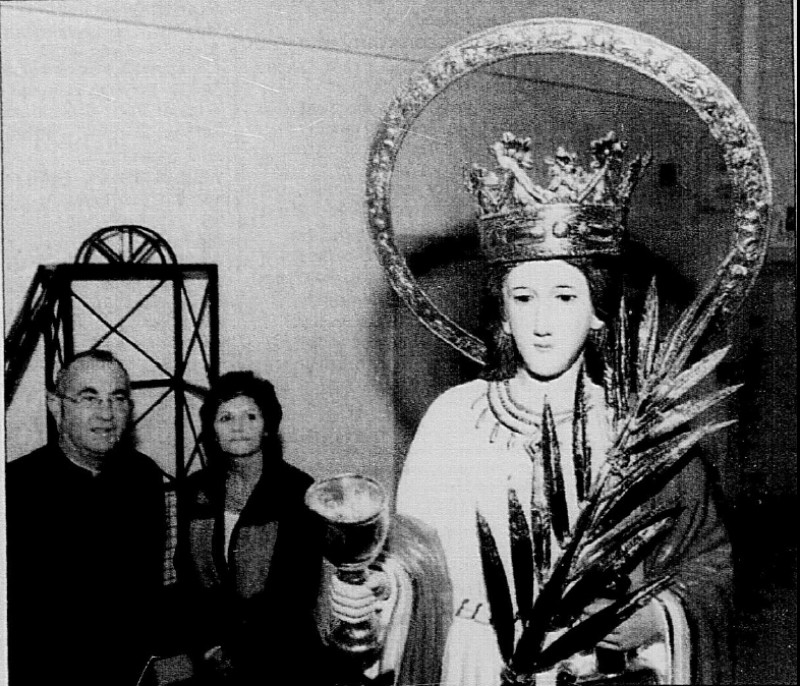 A STATUE to mark the role played by women during the miners’ strike and pit closures has been erected in a Barnsley church.

The figurine of St Barbara, the patron saint of mineworkers, will be dedicated at a service at St Luke’s Church, Grimethorpe and is in tribute to the village’s Women Against Pit Closures group.

It has been commissioned and produced in the Philippines as an appropriate sculptor could not be found in this country.

Gail Hancock was a founder member of the group and her husband Ken was an NUM branch official and said their actions were a way of showing that mining families were united.

“It wasn’t just about the men it was a family thing. We ran a kitchen because the women and kids were not being fed,” said Gail. “We deserve the recognition and it is a lovely idea.”

HOLOCAUST survivor Bob Rosner was guest of honour at a memorial event at Barnsley Town Hall.

Mr Rosner, from Hull, was invited along to mark Holocaust Memorial Day and gave an emotional account of his experiences during the Second World War. More than 150 people attended the event which had the theme ‘One person can make a difference’.

Other sufferers of persecution were also remembered and those who attended heard accounts read by young members of Barnsley Multicultural Council.

Penistone MP Mick Clapham, said: “We must never forget the horrors of the Holocaust. Remembering the evil of fascism from the past compels us to fight racism and anti-Semitism today.”

A BILLY goat which was on the rampage around Darton for several days has a new home in Sheffield.

Bobby is going to live on a farm after he was taken in by RSPCA inspectors but not before he escaped again by scaling a six-foot high fence at their animal centre in Bawtry. The animal had been running wild in Barnsley Road, Darton, until he was caught by Carl Woodcock and three work mates. RSPCA inspector Matt Bell said he believed Bobby had been dumped by someone who could no longer cope with him.

A CHANCE meeting with a fellow football fan led a teacher to strike up a partnership between two schools from Barnsley and Africa.

Sheffield United supporter Chris Bentley was holidaying in Gambia when he spotted a hotel porter in a Blades’ shirt.

The head of geography at Edward Sheerien struck up a conversation and arranged to visit the porter’s old school where he saw how staff and pupils were struggling to get by with limited and outdated equipment. The head of Berending Upper Basic in the North Bank of Gambia explained how pupils were unable to learn vital agricultural skills because cattle had destroyed a fence around the school orchard.

On his return to Barnsley Chris held a Gambia week at the Athersley school where pupils learned about the culture, history, and geography of the former British colony which raised about £700.

Now Chris is organising a charity auction to secure the rest of the funds needed to fence the orchard.