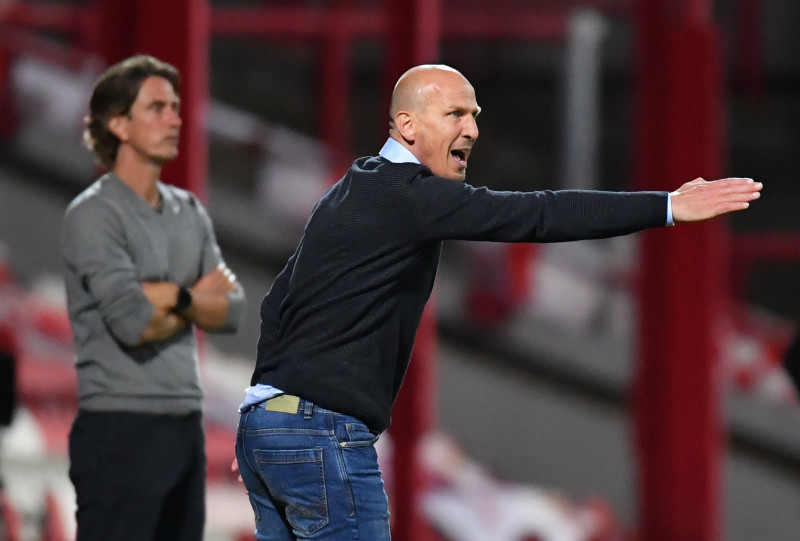 Barnsley's players are due back at Oakwell from Monday and the Reds – with their Championship status now confirmed – expect head coach Gerhard Struber to lead training next week.

It was revealed on Tuesday evening that Wigan Athletic’s appeal against their 12-point deduction for going into administration was unsuccessful and the Reds, as they had insisted all along, would be a Championship club for the 2020/21 season. The players are due to return to training on a staggered basis from Monday with the full squad set to be reunited for pre-season by the end of the week. There will then be four full weeks of training before the campaign begins on September 12.

The Chronicle understands no club has approached Barnsley about Struber who is due to take training at Oakwell late next week despite speculation linking him with a move to Watford. The Hornets, who were relegated from the Premier League last month, have approached several coaches including Struber but are yet to meet the release clause in his contract.  Other clubs are understood to be considering a move for the Austrian, who kept the Reds up after 311 days in the relegation zone.

But Barnsley are confident of holding onto him and believe that – now they are confirmed as a Championship club – he wants to work with the squad he took from nine points adrift in February to safety in injury-time of the final game. The squad will have had just three weeks off since their 2-1 success at Brentford which kept them in the Championship on July 22. The Reds are very unlikely to go overseas for a training camp, as they often have in recent summers, but are set to play a number of friendlies – probably behind-closed-doors.

They now know the full make-up of the Championship for 2020/21 after Fulham beat Brentford in Tuesday’s play-off final so the fixtures are due to be announced later in the month.

As well as Struber, the Reds are also determined to hang on to their star players. Chief executive Dane Murphy has said it would be ‘unjust’ if they did not keep the team together after the ‘great escape’ and that ‘we don’t need to sell’.

They are hoping to tie captain and star midfielder Alex Mowatt down to a new contract, as he currently has just one year remaining on his deal.  He is expected to attract interest, as are top-scoring strikers Cauley Woodrow and Conor Chaplin. It is unknown whether any suitors will have the money to meet Barnsley’s valuation for those players, after all clubs were impacted by the coronavirus crisis.

So far, after the transfer window opened at the start of last week, the vast majority of the signings made by Championship clubs have been free transfers or loans, with only a handful of fees – mostly minimal amounts.  As for incoming signings, the Reds are looking to strengthen their squad in several key areas.

They have been linked with Scotland under 21 midfielder Liam Burt, who left Celtic earlier this summer, and Livingston striker Lyndon Dykes but the Chronicle understands there is no current interest in either at Oakwell.   They are hoping to re-sign German full-back Kilian Ludewig who impressed on loan from Red Bull Salzburg last season and could return for a season-long loan. The transfer window closes on October 5 but domestic deals can be done until October 16.

Meanwhile, Barnsley’s under 18s and under 23s have been training at Oakwell all week.