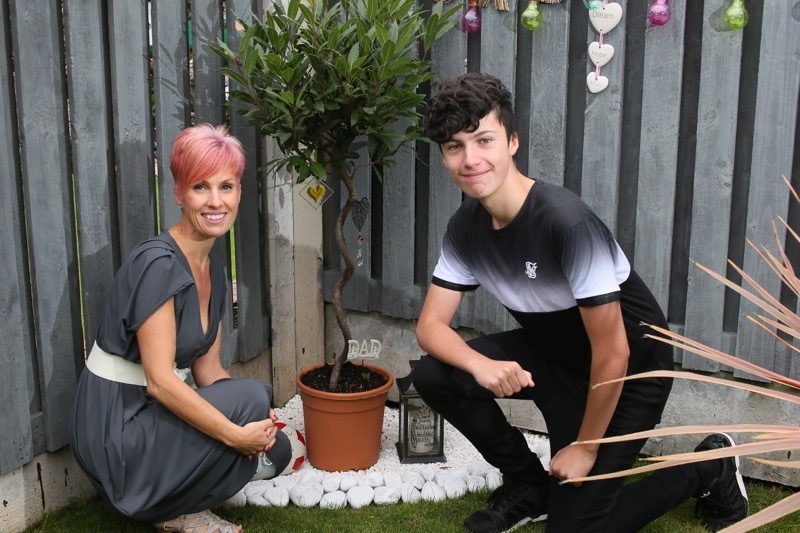 THE autistic son of a well-loved dad who died of Covid-19 is set to take on the Great North Run to thank the doctors who tried to save his life.

Evan Lunn, of Gawber Road, is putting his best foot forward to raise money for the Barnsley NHS workers who treated Darren before his death.

Darren Lunn, 52, died from a cardiac arrest in Barnsley Hospital’s intensive care unit in April after contracting the virus.

Now, the 13-year-old, who has autism, has started an online fundraiser in the hope he can meet the doctors and thank them himself.

Deborah Harston, Evan’s mum, will be joining Evan on his run on September 13 as they visit places that remind Evan of his dad.

“Evan has been incredibly strong and brave since losing his dad but misses him everyday.

“Evan’s always wanted to meet the doctors that cared for Darren and thought the best way would be to raise some money and hand over the cheque in person.

“Because of Evan’s autism, he was almost shielded from the grief so this is his way of giving back and doing something positive in memory of his dad.

“On our run, we’ll be visiting places that hold a lot of special memories for Evan and Darren such as the Barnsley FC ground, Darren’s house and Barnsley Hospital.”

Evan sets off from his home in Gawber on September 13 but Deborah is sure Evan will rise to the occasion.

“It’s going to be challenging. I’m quite a keen runner but Evan was never really into his fitness.

“Since lockdown, he’s really latched onto it as it helps with his mental health, and is ready to take on the challenge.

“It’ll be a team effort as me and Evan will be joined by my partner Andy and brother Dean - so I’m sure we’ll motivate each other to push on.”

Deborah set up a Just Giving page for Evan and set the initial target for £200 - although this has already been met.

“The reaction to Evan’s fundraising has been absolutely unbelievable, we’ve already exceeded our target.

“In all honesty, we couldn’t have got through this without the support of Darren’s friends and family who have gone the extra mile for our family.

“I’m so proud of Evan for doing this and he’s a real credit to me and Darren. I hope we raise even more money to say thank you to the brilliant Barnsley Hospital staff.”