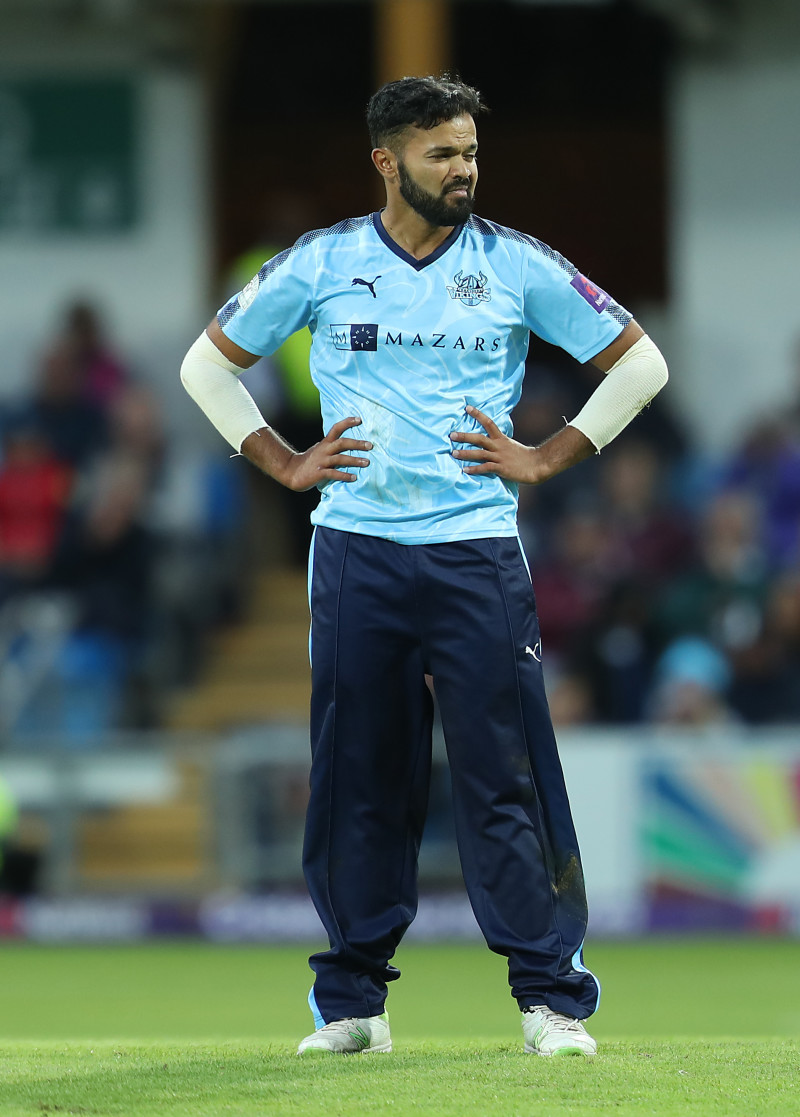 Azeem Rafiq hopes his revelations about racism within Yorkshire Cricket Club ‘drive change’ in cricket and make the situation easier for young players.

The 29-year-old, who lives in Gawber, has been in the news recently after a series of interviews with Wisden, ESPN and the BBC in which he has described the ‘institutional racism’ at Headingley which left him considering suicide.

The former Holgate school pupil captained England under 19s and was Yorkshire’s first ever skipper of Asian descent before leaving in 2018 having played 169 professional games.  The club have asked the independent law firm to lead an investigation and review into the claims of Rafiq, who has said he was racially abused and discriminated against while a Yorkshire player.

Rafiq told the Chronicle: “I want to fully co-operate because that is the only way to drive the change in the future.  Things need to change from the bottom to the top, there needs to be more opportunities and education.

“I have had a lot of cricketers messaging me since I did my first interview and the ages of them concern me. It is still going on and it has to stop. Right until the end of my career, I wanted to believe it wasn’t racism but it kept happening and I eventually had to open my eyes to it.

“I know where it took me, my family have seen that. It worries me that there are a lot more people in the same situation. I don’t know what we are waiting for. Are we waiting for someone to tip over the edge before we do something about it?"

Rafiq, after moving from Pakistan as a young boy, began his career at Barnsley Cricket Club.  He said: “At grassroots level, racism was there but not from team-mates at Barnsley. It was from the opposition, heavily. I remember as a 12- or 13-year-old getting called a P**i every week.

“You also get, from some umpires, an unconscious bias against Asian players in my opinion. “That isn’t a secret to anyone.

"I can deal with anything from the outside but, when it was from the inside at Yorkshire, it used to kill me. It would drain me and really upset me to the point that I would regularly go home crying. It became a very dark time when I didn’t really see a way out.

“After my last spell at Yorkshire, I didn’t want to live in this country. I went back to Pakistan for a while. I had lost my faith in humanity. “Anyone who knew me when I was younger would say I was very confident, bordering on arrogant, but then I turned into someone who didn’t want to be around anyone else.

"I lost the love of the game that was my passion and my life and the sport that gave me everything.  That is what hurt me the most.

“I have a young son but I don’t know whether I would want him to play cricket or to be around it.”

Rafiq – who is undecided if he will attempt to return to professional cricket – says his experience at Yorkshire worsened after former coach Jason Gillespie left in 2016.

“After Dizzy left, things were way different. People who couldn’t say these things openly before without getting told to shut up, suddenly became the leaders and then you get tagalongs and other people thought they could behave like that. It was so embedded and institutional that they didn’t even realise what they were doing.”
Chairman Roger Hutton said all the allegations were ‘hugely concerning’ and added: ‘we must do better to fully promote a culture of zero tolerance to racism or any form of prejudice.”

Rafiq has taken comfort from the support of his local community. He said: “I am very passionate about Barnsley.  It is my place, I love it. I support the football team and the town is our home as a family.  We have a great neighbourhood and we have had neighbours come to see me and tell me they are all behind me. Barnsley is a special place for us.”

Azeem is moving into the business world, as he and his family are set to open a Mother Hubbards fish and chip shop on Eldon Street later this year, having bought Gary’s Fisheries. He said: “I hope it’s the start of a few things I will be bringing to the town centre.”