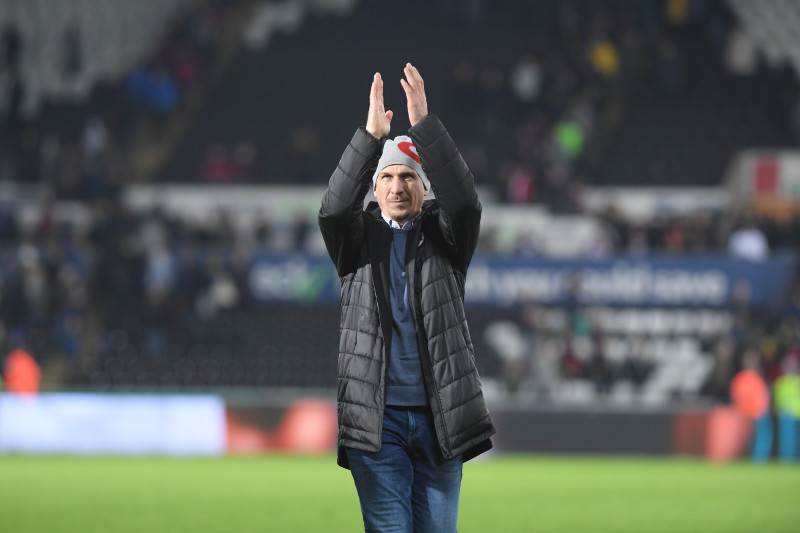 Barnsley have responded to reports linking head coach Gerhard Struber to New York Red Bulls while they are focusing on bringing in players next week.

The MLS club are allegedly hoping to take the Reds head coach to America.

Chief executive Dane Murphy told the Chronicle: "There have been a few clubs who have contacted the club about Gerhard, nothing is imminent as of yet. He is focused on this season with Barnsley FC. There have been approaches by clubs but nothing concrete, it is pure speculation.

"Gerhard is our manager and he led us to safety in the Championship last season. We want to take the next step with him. I can confirm there is a release clause and, if a team wants to speak to him, they would have to meet that clause."

Struber added: "It's not a new one for me that some clubs are interested in me. But right now I have a big focus and concentration in Barnsley and a responsibility for a good preparation for my team tomorrow against Coventry and not what comes form outside. I am very happy in Barnsley, I have a very good time here in Barnsley and I am looking forward. We know we need one or two new players."

Barnsley are hoping to bring in a new striker and possibly a midfielder in the transfer window which is due to close on October 16. There is no deal likely today.

Murphy said: "We have been pretty open that we are looking to add for this season. We went pretty far down the road with Sandro Kulenovic (Croatian striker) but at the last moment the player pulled out. Gerhard knows we are looking to sign players in certain key spots on the field.

"Coronavirus has obviously put a hamper on a lot of things for many clubs but we will be able to strengthen our group before October 15."

The deadline for international transfers is a week on Monday then with English clubs on October 16. Murphy said: "It is an interesting dynamic. To get things done before the fifth you have to do it well before then because the others clubs need to line up replacements for the players. We are focusing on both markets and trying to help improve our squad."

Struber said earlier in the week that he wanted to bring a striker in and hoped that the news that fans would not be able to return to Oakwell in October would not financially hinder the Reds' plans to bring in new players.

Struber said: "We are in exchange with players and we hope we can bring the right striker here to Barnsley. It is not easy and we fight all the time to find the player who can help us from the first second. It is a challenge but I have a good feeling that we can realise that challenge.

"I hope that our owners help us in this moment with the right investment which is necessary. We all know this and we are in a very good exchange. It was always clear that we would reinvest the money from Jacob Brown in the team. It is possible that after that we need the next investment to bring another player in our club. I have a big trust that our owners take the right decision.

"One and a half month ago I had a good talk with the owners. We have a clear budget but it is not so easy in the corona time. I am 100 per cent convinced that the owners will support me.

"To play without supporters have a big impact not only on us but the whole league. Nevertheless, we need one or other new players and we have to fight for that.

"We are very close. We need players who can score goals, maybe we need another player in the centre and not more. Then we have a very good team for this season.

"We play very well at the moment and with a style that brings us many chances but, in the end, we need strikers who can use those chances. We are happy with the squad but the Championship has 46 games and we need a bigger squad. Right now it is very small."