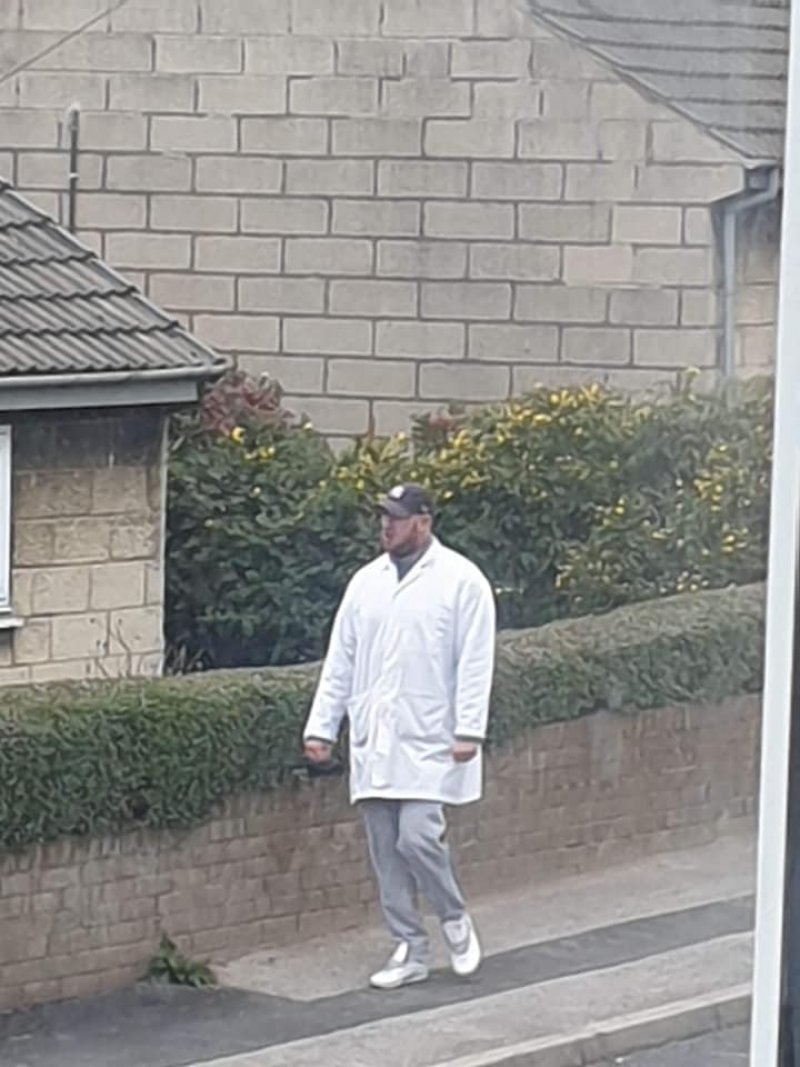 THE family of an elderly couple who were scammed into paying £200 for rotten fish have spoken out to help prevent other people from being taken in by the scam.

Audrey and Mick Leadbeater were at their home on Kingsway, Mapplewell on Saturday when an unknown man knocked on their door and asked if they would like to purchase any fish.

Audrey, 80, who uses an oxygen tank, replied to the man that she would like a small amount – enough to make a fish pie for the pair.

However, the man reportedly pushed past Mick, who had answered the door, and entered the couple’s home without request and sold them rotten fish for £200.

“They never invited the man into the house,” said the couple’s granddaughter, Rebecca Teal, 32. “My grandad answered the door and he suffers from dementia and I think they saw he was vulnerable and pushed past him to get into their bungalow.

“He had turned to my grandma to see if they’d like anything and that’s when the man entered their house.”

The man reportedly ignored Audrey and filled the couple’s freezer with products that Rebecca said was ‘not fit for a dog’.

“It has made their bungalow smell rancid,” added Rebecca, of Agnes Road, Darton. “She only wanted a small amount and told the man he could leave it just inside the doorway but he went inside their house anyway.

“My grandma said once he was inside he started acting pushy towards them and she said she felt pressure to buy something from him and worried what would happen if she didn’t.

“He went back out to his van and brought in about ten packets of fish which he then filed their freezer with. We worry that he was canvassing the house to see if they had anything of value he could take.”

The man proceeded to charge the pair £200, something Rebecca wants to prevent happening to other people.

“My grandad gets confused easily because of his dementia, and the man must have seen the money in his wallet and then decided to try and scam them out of as much as possible.

“It’s really shaken them, and the rest of the family – who would want to do that to two ill pensioners?

“My grandma is now really scared to leave the house, and is worried that the man will try to break in to steal something. I think she is also annoyed at herself for what happened because she tried to stop the man but he entered their home anyway.

“We want to speak out to help prevent it from happening to other people. We think the man preyed on older people because he targeted the old people’s bungalows on Kingsway.

“We don’t want other pensioners scammed out of hundreds of pounds like my grandparents have been.”

A spokesperson for South Yorkshire Police said: “We received a call at 12:12pm on September 26 for reports of fraud.

“It is believed that an elderly couple were approached by an unknown man who offered to sell them fish.

“The man took cash from the couple before leaving the property.

“Enquiries are ongoing to identify the man involved and ascertain the circumstances.

“For advice on cold calling and how to protect yourself from fraud please visit the Action Fraud website www.actionfraud.police.uk.”