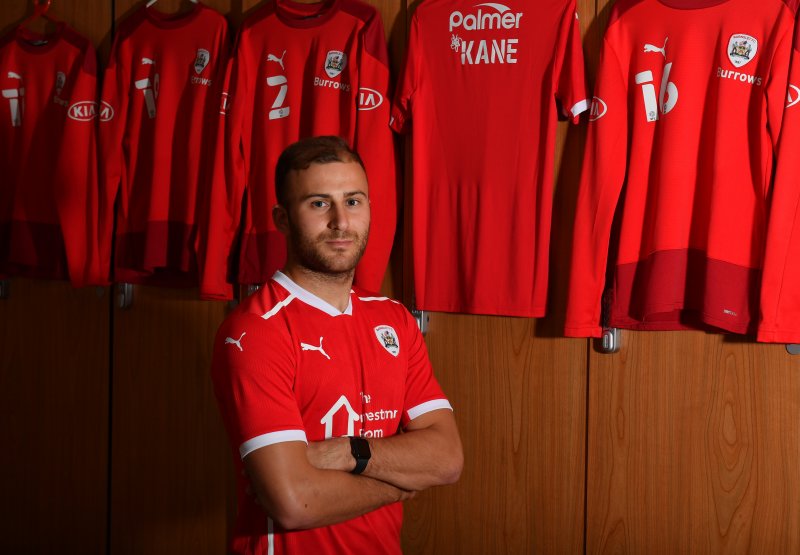 Herbie Kane netted his first ever league goal at Oakwell and is now hoping for more success there.

The 21-year-old joined Barnsley from Liverpool on deadline day on a four-year deal for a reported fee of £1.25million then came off the bench in the 2-2 draw the following day against his hometown club Bristol City and also at Stoke in midweek. He played two EFL Cup games for the Premier League champions and was loaned to Doncaster Rovers in 2018/19 and Hull City last season for whom he got his first taste of Championship football.

Kane scored his first goal in league football in Doncaster’s 1-1 draw at Oakwell in November 2018. He told the Chronicle: “It’s a big part of my game to get forward and score goals so hopefully I can get more goals at Oakwell. I wanted to get Championship experience and I wanted to start my career with a different challenge. We will play against some top teams so it’s good to have that experience and try to better myself.”

Kane played alongside fellow new Reds recruit Isaac Christie-Davies for Liverpool, and the pair will compete for a place in the midfield alongside another deadline day arrival in Matty James as well as several others. He said: “I played with Isaac at Liverpool. I spoke to him before I moved. He’s a good lad. All the lads have welcomed me. They are a great group. I am proud to be here.

“I’ve found it good so far. It is always tough to come off the bench and get up to speed. I think I have done alright and hopefully I will get a start soon.”