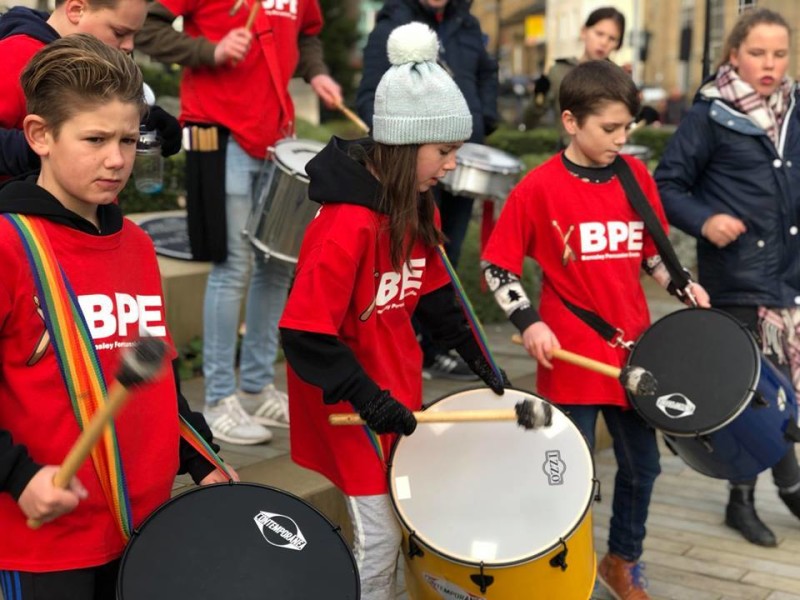 ONE Barnsley group is banging the drum to get kids involved in music.

Barnsley Percussion Ensemble is made up entirely from primary and secondary school age children who are looking to try their hand at a musical instrument.

Regardless of age or skill, young people are welcomed in the ensemble which makes sure everyone can get involved in percussion and performance.

That inclusive nature and their hard work performing has seen them nominated for a Young Champions award.

The ensemble is run by Matt Townsend as part of Barnsley Music Service and rehearses weekly at the Barnsley Civic.

They are supported by Barnsley Music Hub.

Matt said: “In the band we have people who are grade five exam level, and then some people who have never performed at all. But if we do a massive complex piece of music then it is easy to find different parts to get everybody involved.

“A lot of it is social. We run events like go karting, and that’s a chance for them to all make friends. It is a real mix of people and some might be shy at first, but you really see them come out of their shell.

“It does a lot for confidence too with the performance side of things, getting in front of a live audience and showing them what they can do. That ability is something which is great for them all to have.”

Ages from five all the way up to sixteen have been part of the ensemble.

Last year, they had a busy performance schedule which saw them play at everywhere from the Coalfields music festival, to Live In Barnsley, the Mayor’s Parade, the town centre Christmas markets and more.

“It was a very demanding year with a lot of stuff done. But it was all brilliant to take part in,” Matt said.

“It is fantastic to be nominated, especially for the children. I just put it together but they do all the hard work.

“We are very much supported by Barnsley Music Hub and I do it as part of my work for Barnsley Music Service. It’s myself and a couple of the parents who help run it, the Civic hire us out facilities and the Music Service help us promote it to try and get as many young people as involved as possible.”

The ensemble meets on Thursday evenings at the Civic. Contact Matt on m.townsend@barnsley.org or call Barnsley Music Service on 291525 for more information.