Charlie’s target is to be star of the oche 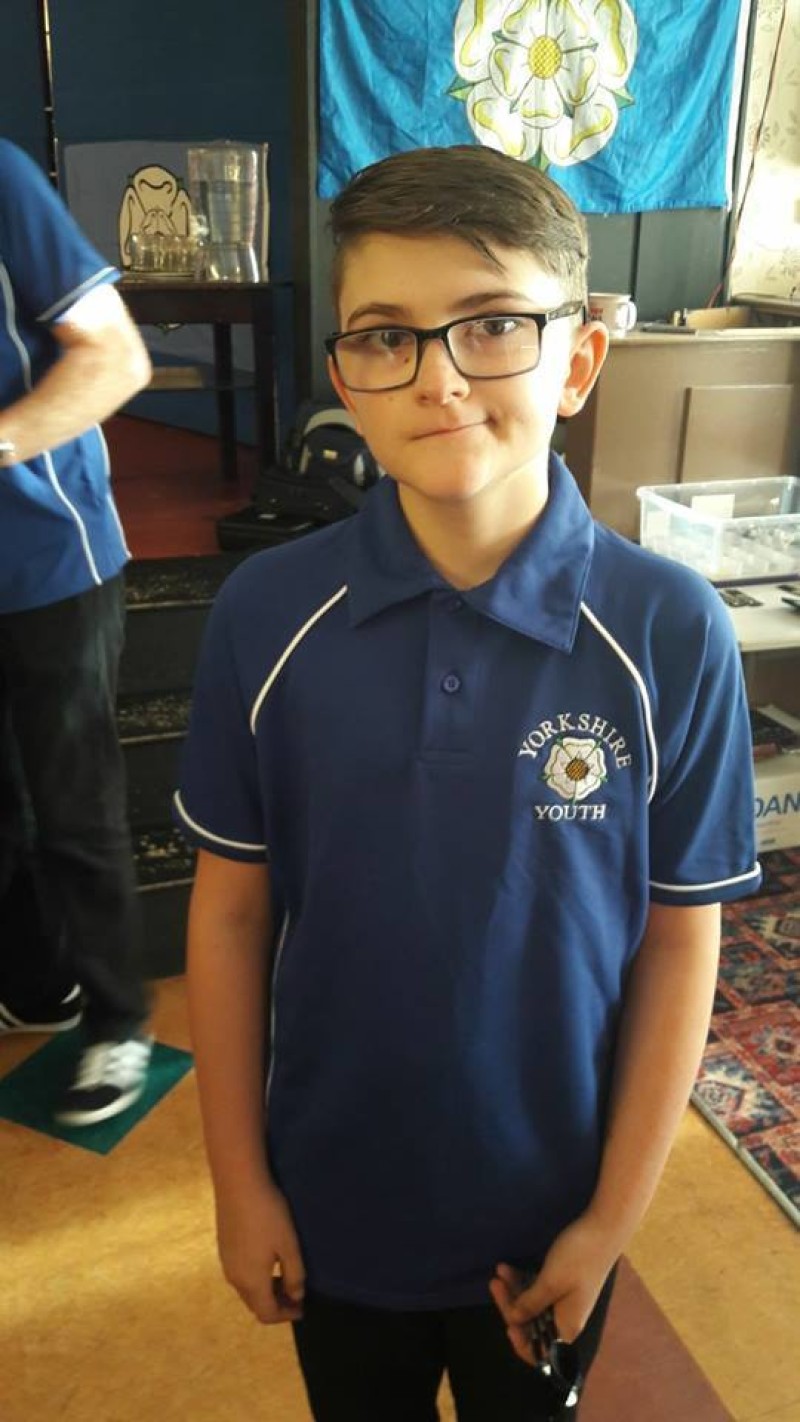 A YOUNG darts player is hoping to hit the bullseye when it comes to his future in the sport.

Charlie Cookson started out in the sport when he was just five and dad Richard bought him a plastic board.

At seven, he was using a chair to play on a real one, and managed to score his first 180.

And now aged 12, he has played against two-time world champion Glen Durrant, met other icons of the sport, and is currently on a three-for-three unbeaten streak as part of the Yorkshire Youth under 18s’ team.

Dad Richard, from Dyer Road, Jump, said his son is something of a mascot for local residents too.

“He is a bit of local hero with one or two of the residents, he is really polite and friendly and just loves to play darts. He will stand talking with the adults as though he is a 50-year-old man.

“I organise exhibition matches to raise cash for charity and we have done quite a few where well known players will come along. Charlie will be there helping me out on the night doing things like the scoring, so he has met quite a lot of the players at this point.

“He does know quite a lot about the sport and when the matches are on at the Metrodome, we normally can get signed in so he can go along and watch.”

Richard said Charlie had been playing with the members’ league for the past 18 months. He plays at Wombwell’s The Last Orders pub.

And his participation is even more extraordinary when you learn Charlie suffered a broken spinal vetebrae two years ago, which saw him wear a back brace long term to help repair the fractures in it.

“At the moment he is good but he has a lot of practice ahead of him. When you go to the youth events you meet some really good players. But Charlie is totally obsessed and just loves the sport.

“He will be playing in a youth tournament at Chapel St Leonard’s in March and hopefully the BDO Open Doubles in October.

“They are all professional there but he will be playing to get a bit of experience.”