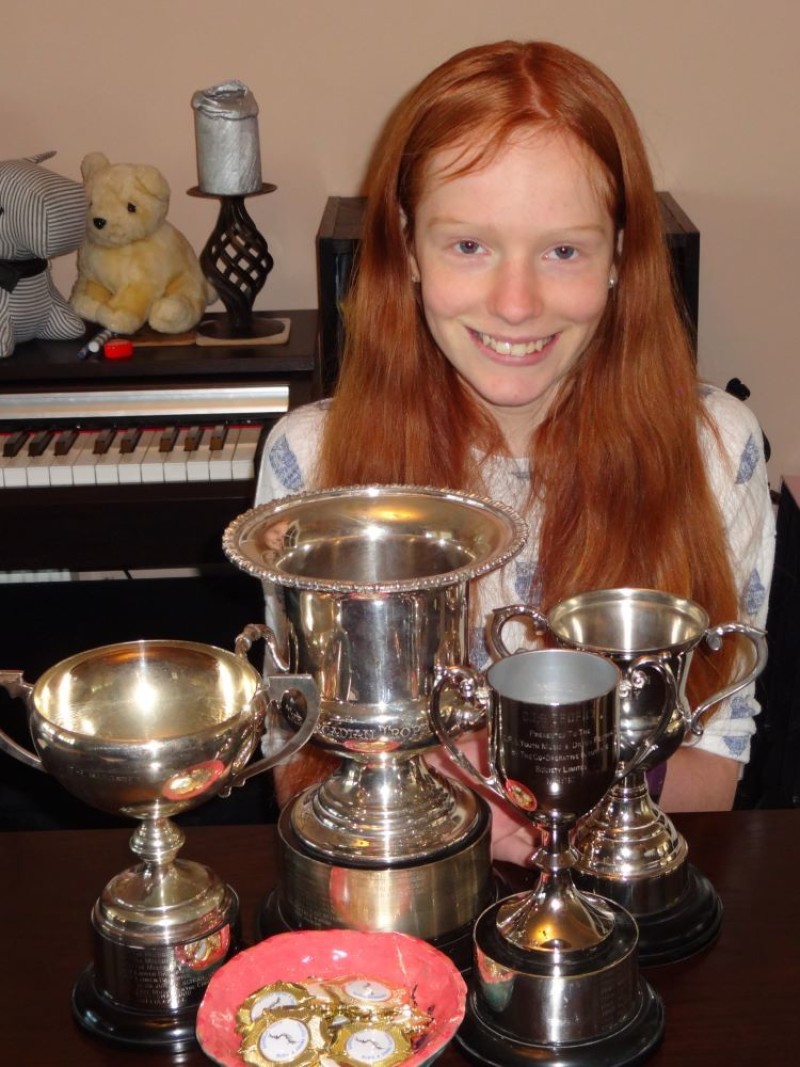 ALICE Johnson’s love of performing has helped her stand out from the musical crowd.

Alice, 13, from Twelve Lands Close, Tankersley, has been shortlisted in the Young Musician of the Year category in the Young Champions Awards.

She was nominated by her music teacher Helen Ingham, at Wombwell’s Real Music Centre.

Since first starting seven years ago - with no previous musical experience - Alice is now achieving grades in piano, singing and flute.

She is also a member of the RMC Theatre Company and Choir.

Mum Kate said her music started out as any other hobby, but once she joined the theatre company, Alice’s love for it grew even more.

Kate said: “She really enjoyed joining the theatre group and that is when it took off for her. She started singing, taking part in festivals and just got really into it and enjoyed it more.

“She is doing really well, I’m just glad she has found something she loves and enjoys.

“We are not really a musical family, neither me nor my husband have ever learned an instrument, so we just watch in amazement. We were delighted to find out she had been nominated and it is lovely for Alice to have her work recognised.”

Alice is set to perform in this year’s Barnsley Youth and Drama Festival.

This week, she has been on a residential trip with her school, Sheffield Girls School, to Germany singing.

“She is a teenager so she does have other things going on in her life but if she has grade exams or a festival coming up, her music will pretty much be all she will do in her spare time. She could sit down at 8am at the piano and still be there at 7pm. I have gotten used to her playing accompanying my chores, I quite enjoy it.

“She is very keen to go into musical theatre and would love to go into that, but obviously she is still very young. While she is enjoying her hobby I’m happy to tell her to go for it.”

Alice’s teacher Helen, who nominated her, said: “Alice has been a pupil of mine for the last seven years. She started as a complete beginner and has worked hard to become an accomplished musician. She has recently began Flute and will be performing in the local Barnsley Youth and Drama Festival in April. Alice is also a member of our Theatre Company and RMC Choir.

“Not only is she a talented musician but also contributes to ensemble and group activities. She is a giving and well liked student, modest with massive potential. A joy to teach and an honour to watch her develop her skills.”