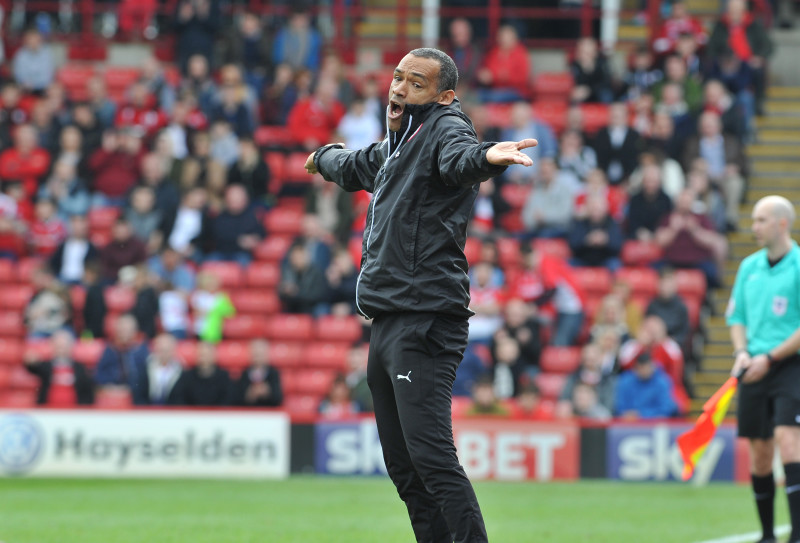 The 52-year-old from Portugal had a clause in the 18-month contract he signed in February which meant it could be terminated without compensation following relegation.

Since replacing Paul Heckingbottom, Morais has won three of his 15 matches, drawing four and losing eight including today's 4-1 thrashing at Derby County which saw them finished 22nd.

Chief executive Gauthier Ganaye spoke to the media after the match and said: "You can put it that he has been sacked. His contract was written in a way that, in case of relegation, we would terminate the contract. So we have respected the contract. It is too soon to talk about whether he was the right appointment. It was a poor performance and we're really disappointed with that.

"Today is a say day. We have been working hard in the last few weeks on two scenarios: for League One and the Championship. It's going to be League One and we will come back stronger.

"We haven't been good enough as a club. I am very disappointed. I expected a different outcome but sometimes in life you need to accept complications. The most important thing is to carry on and work hard."

Ganaye said that he and the new owners who bought the club in December still saw their future at Barnsley. He said: “The owners came with a long-term project. Short-term everybody would prefer to be in the Championship. It’s not the case but it won’t change the objective long-term. We will have to do it from League one, it’s a big challenge but we will do it.

“When you are the head or the organisation you need to take responsibility and I accept that. I will make sure we will roll up our sleeve and come back stronger.”

Ganaye said the Reds wanted to appoint a new manager in the next several weeks then begin changes in the playing squad. He said: "We have a few weeks ahead of us but the sooner we can get someone in, the better.  We want someone who can win games, I don’t know what nationality he’s going to be. I don’t mind.

"If we do everything we have to do during the summer, we will come back to the Championship. It will be another tough season but if we work hard enough we will do it.

"The team is not a shambles. Most of the players are under contract. We have to rebuild with players going in and out but it is not as big a job as you can think it is. We need to appoint the right man and sign the right players to take us back to the Championship.

"I think we have the base to get us back there. Some players have been big revelations this season. We need to make sure we keep our best players."

Ganaye also praised the 3,000 fans who attended Pride Park. He said: "It was incredible support, not only today but all season. They have stuck behind us in all the difficult parts of the season. Today we failed but the most important thing is what happens next and I am sure they will be behind the club."