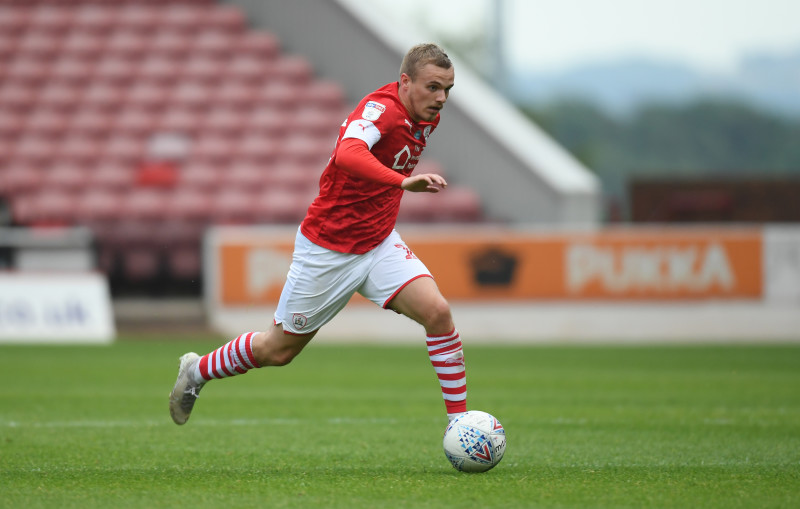 Luke Thomas watched Barnsley get relegated in 2018 and wants to make sure he helps them avoid it two years on.

The 21-year-old winger was in the Pride Park stands as a Derby County reserves player when the Rams won 4-1 on the final day of the 2017/18 season to send the Reds into League One.  They bounced back a year later then signed Thomas last summer who is hopeful they can stay in the Championship.

Thomas told the Chronicle: “I remember that game. Derby needed to win to get in the play-offs and Barnsley needed to win to stay up. It would never be nice to get relegated. None of the players or staff or fans want that to happen this season.  We have all the motivation we could possibly want to get ourselves out of it.  We will be giving everything we can to make sure we stay up.”

Barnsley’s players have been tested for coronavirus twice a week since they returned to the club in May, while they are reducing the chances of catching it outside Oakwell.  Thomas told the Chronicle: “Our staff have given us instructions. We don’t want to be floating about everywhere. All the lads are being careful, limiting the amount of people they see to limit the chances of catching this horrible virus and spreading it. If you catch it, you will miss a few games. Every lad is being cautious and listening to what the government has been saying. We are cutting no corners and playing by the rules."

Thomas says he feels fit despite having three months off then just one pre-season friendly before a nine-match ‘mini-season’ in a month.  He said: “The sessions we were doing when we first came back were extremely hard so everyone feels good and fit. We are playing Saturday, Tuesday and Saturday, Tuesday so maybe it might tell that we haven’t had a full pre-season but, as far as I can tell, I feel good.”

Thomas believes Barnsley will be under less pressure than their relegation rivals, some of whom have recently been in the Premier League such as Huddersfield Town and Stoke City. He said: “The pressure will be on the bigger teams who have been in the Prem. All the way through the season, everyone has doubted Barnsley and thought we were going to get relegated. We feel pressure but maybe not as much as those other teams. Hopefully we can keep getting points and putting them under pressure.  The break helped us massively. The manager was always putting clips in our group chat and we were talking about them. Then we had a good three weeks before the first game to get to know him more and implement his style.”

Thomas is yet to start since the re-start. He said: “Whenever the gaffer needs me, I will be ready. He will need me at some point because we have a lot of games. I would like to play but only 11 can start.”