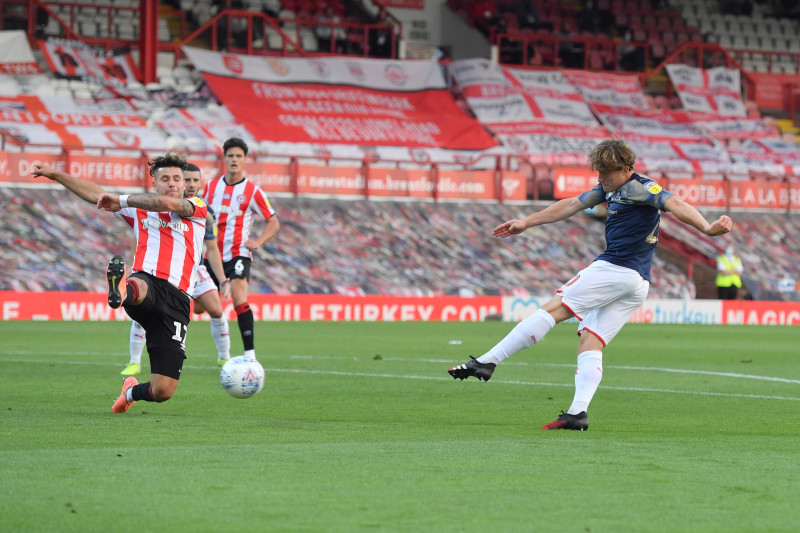 Callum Styles felt it was ‘my time’ when the ball fell to him just before the break on Wednesday.

The 20-year-old netted his first senior goal as he opened the scoring at Brentford in a 2-1 victory that kept Barnsley in the Championship.

Styles told the Chronicle: “It just dropped to me and I knew it was my time. I always back myself to hit my shots hard and score.  It went in and I was buzzing.”

Gerhard Struber’s Reds were five points adrift on Sunday but won their last two games to stay up. Styles said: “I am over the moon. Everyone had written us off so many times so to stay up is amazing. We always believed we would stay up. We had the players to do it. We knew we shouldn’t be where we were. We just gave it everything.”

Styles had only started one game for Barnsley before the final fortnight of the season but has impressed at left wing-back despite being a central midfielder.

“I have waited for my chance. Gerhard gave me a chance because I was performing after lockdown. He came in as a new manager with a new gameplan, brought us all together and it’s worked.

"I think I have showed that I am capable of playing at this level so I just want to play more. We are a very strong squad so hopefully we can stay together and do well next season.”