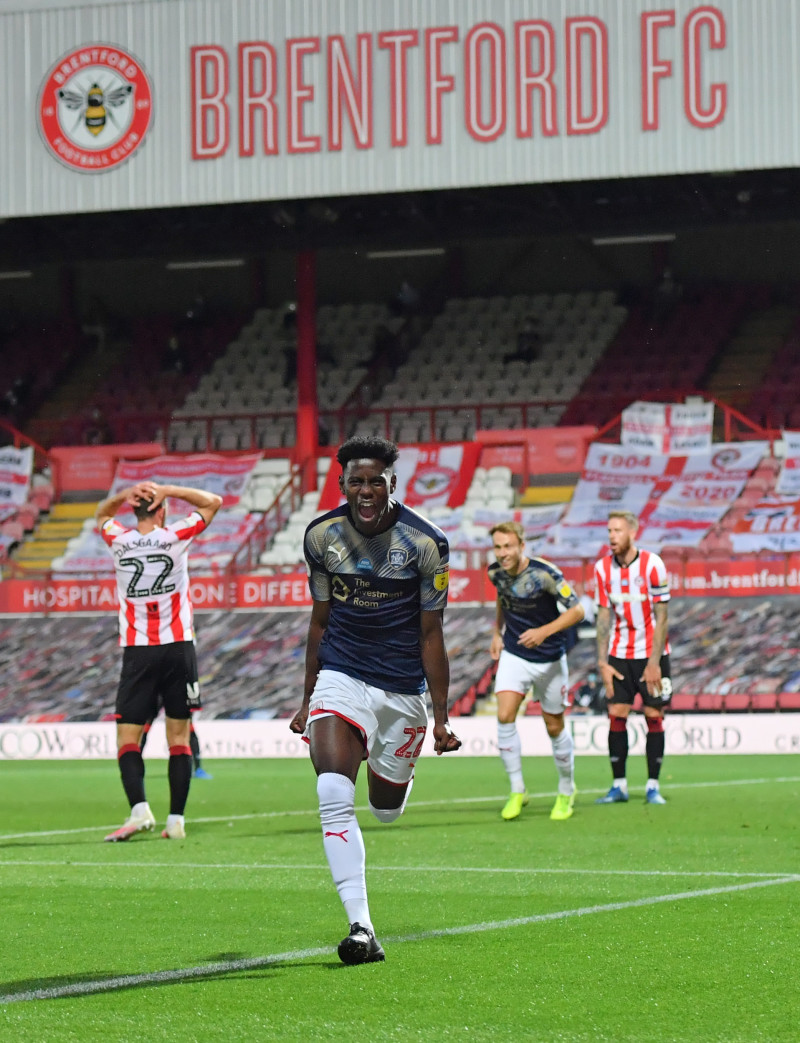 ‘I was sent on to provide a bit of magic and I think I did that’ is the assessment of Clarke Oduor who netted the goal that kept Barnsley in the Championship on Wednesday night.

The 21-year-old left-back had been on the pitch just six minutes when he tapped home in injury-time to secure a 2-1 victory at Brentford which dragged the Reds out of the relegation zone after 311 days.  It was his first goal in senior football, in the same game as Callum Styles also opened his account.

Speaking on the bus back from London yesterday afternoon, Oduor told the Chronicle: “I can’t really put it into words. It’s surreal and it hasn’t even sunk in now. I am absolutely buzzing.

"That goal meant a lot to a lot of people, including me because it was my first goal. What a moment for us both to score and get two very crucial goals. The only thing that would have made it better was if the fans were there. It would have been ridiculous.”

Oduor signed last summer from Leeds United, whom he played three minutes of FA Cup football for after coming through their academy.  Champions Leeds kept Barnsley up by thrashing Charlton Athletic 4-0.  He said: “I am definitely grateful to them. They have really helped us out there. Credit to them for bouncing back from last season and going up.”

Oduor was given his league debut by head coach Gerhard Struber in December and has made 18 appearances for the Reds but only featured in 45 minutes off the bench in three of the nine games after the lockdown.

He said: “It’s been hard not playing but, at the end of the day, all that matters is that we stayed up. It was tough to take but it had to be done. I got a chance in the end and took it. The manager has been pretty good for my development.

"When things are going well he will tell you but, if not, he will pull you to the side and have a little chat with you and tell you what you need to improve on. I have learned a lot. Every time I play it is still a really big moment for me because it’s my first year in senior football. There have been a lot of ups and downs and a lot of learning curves, I will take that onto next year.”

Oduor enjoyed Wednesday night, saying: “The celebrations were crazy.  We all definitely need a rest now, to relax and take this in then go again when we’re back in pre-season. I genuinely think, next season, we will be in a different part of the table.

“I don’t think we should have been near the bottom.  But, towards the back end of the season, we gelled very well. We don’t want to be in the same position next season.”