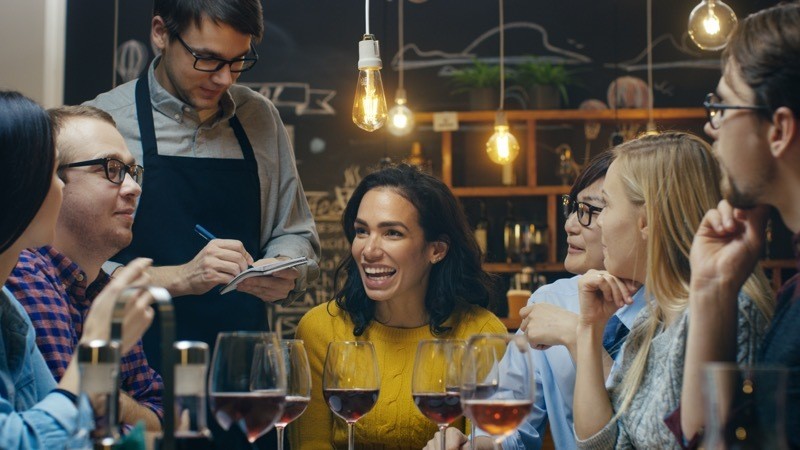 A NEW initiative was announced by the government which aims to help local restaurants to get back on their feet after the coronavirus pandemic left many closing their doors permanently.

The ‘Eat Out to Help Out’ scheme was announced by Chancellor Rishi Sunak to help give a boost to the economy after it was revealed that almost 1.4 million hospitality workers were placed on furlough during lockdown.

This is the highest proportion in any sector with lockdown restrictions causing 80 per cent of hospitality venues to close.

Due to the gradual easing of lockdown measures, pubs, restaurants, and cafes are beginning to reopen to the public.

To help ease the gap in the economy, the scheme was introduced to encourage people to visit local eateries, even though figures released by the Office of National Statistics state that two in ten adults felt comfortable to have a sit-down meal in a restaurant.

The initiative is the first of its kind and Mr Sunak said: “This moment is unique, we need to be creative.

“To get customers back into restaurants, cafes and pubs, and protect the 1.8 million people who work in them, I can announce today that, for the month of August, we will give everyone in the country an Eat Out to Help Out discount.”

The scheme come into effect on August 3 and will offer a discount of up to 50 per cent when eating in a participating restaurant, pub or cafe.

It will be valid all day Monday, Tuesday, and Wednesday until August 31 and the maximum discount available will be £10 per person.

The scheme will not be valid in areas that are in a local lockdown.

The discount cannot be used to pay for alcoholic drinks, service charges or food for a private function or event.

Takeaway orders will also not be covered by the scheme, alongside food from catering services, bed and breakfasts or mobile food vans.

Establishments that would like to sign up can do soon the gov.uk website. To be eligible they must have a designated dining or drinking area, or access to one, and have been registered with their local authority since at least July 7. Businesses that have used the furlough scheme can apply.

The new government scheme, which offers up to 50 per cent off any food and drinks bill at participating restaurants could help provide a boost to the economy, figures show.

When lockdown was announced in March, pubs, cafes and restaurants were forced to close due to strict measures enforced to help prevent the spread of the virus.

The overnight closure of businesses nation wide caused the unemployment rate rise from four per cent in March to more than eight per cent in June, according to figures released in a government financial report.

As people were encouraged to stay indoors to help halt the spread of the virus, money was not being spent in pubs, restaurants, and shops which has caused the economy to take a hit.

To help combat a potential recession which experts predict could be similar to the 2008 financial crash, the government has created a £30 billion plan to help boost the economy.

Part of the plan involves encouraging spending in the hospitality sector to help boost the economy and prevent further job losses.

Chancellor Rishi Sunak said of the proposals: “This is a £4 billion catalyst for the hospitality and tourism sectors,which could benefit more than 150,000 businesses, and consumers everywhere while helping to protect 2.4 million jobs.”

Mr Sunak also revealed that VAT hospitality and tourism would drop from 20 per cent to 5 per cent which will last until January 2021.

The tax will be cut on eat-in and hot takeaway foods from restaurants, cafes, and pubs.

The Eat Out to Help Out scheme will run from August 3 to 31 in all participating venues.