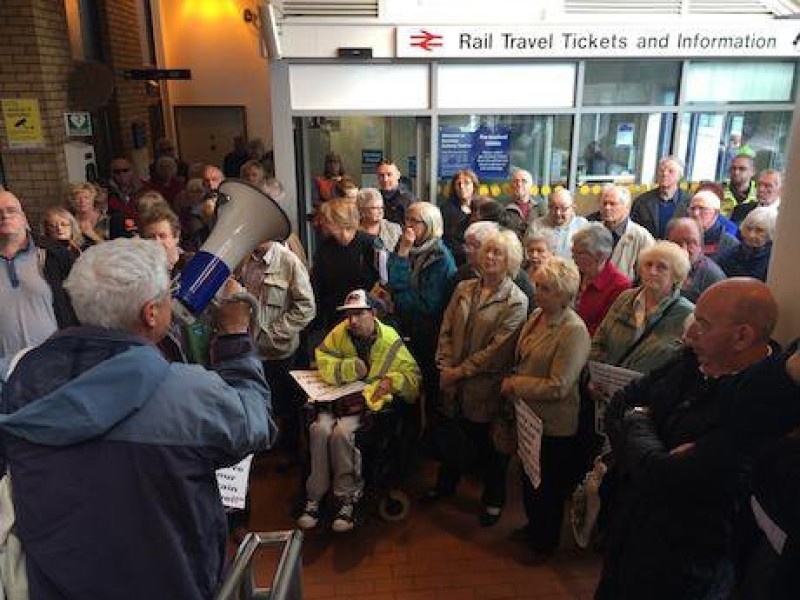 CAMPAIGNERS who called on politicians to introduce an annual fee for pensioners to claim free travel across Barnsley have had the brakes put on due to the coronavirus pandemic, leaders have revealed.

South Yorkshire Freedom Riders (SYFR) called on Dan Jarvis, Mayor of the Sheffield City Region and Barnsley Central MP, to introduce a scheme in which over 65s would pay a fee of £10 to £12 a year to access free travel.

The scheme has been introduced elsewhere - notably in Tyne and Wear and Greater Manchester - where the free train and tram portion of the travel concession for the elderly was scrapped in return for the one-off annual payment.

Mike Smith, from SYFR, said a similar scheme was put forward in 2014 - when the group formed - after concessionary train travel from pensioners and disabled residents was taken away.

The move sparked protests outside Barnsley Interchange, but campaigners said their calls were effectively ignored.

Mr Smith said: “Always willing to explore new ideas and compromise but constantly rebuffed by our elected councillors and MPs, we made the case on social, health, and, in an area of extreme deprivation, economic grounds, but always came up against politicians who for unexplained reasons refused to even contemplate restoration.

“This scheme is self-financing - as it would have been six years ago. All it would cost Mayor Jarvis is some time and some ink.”

But Dan revealed the Covid-19 crisis has led to a big reduction in revenue for South Yorkshire Passenger Transport Executive (SYPTE) and most of his time has been taken up lobbying government for them to continue to provide emergency funding to keep services running.

He added that the scheme for an annual pass could be revisited in the coming months but campaigners ‘needed to be realistic’, as recent reports from Sheffield City Region officers said numbers on certain routes had fallen to just ten per cent of what they were in the middle of lockdown.

“I take every opportunity to make representations to the government on investment for public transport and to make the case for increased, sustained funding for bus, tram and rail that this will require,” Dan added.

“In doing so, I seek to take into account the views of local passenger and residents’ groups on the issues that are important to them.

“In the present climate the funding challenges are such that SYPTE’s revenue budget will not stretch to the type of general pensioner concession sought - and certainly not without an impact on other concessions presently offered.

“SYPTE has the added pressure of making the most of a limited revenue budget to meet shortfalls in provision by operators.

“This was before the position was severely exacerbated by the Covid-19 crisis.

“My ability to intervene in the market is limited because I do not have the resources and the truth is long-term, sustained structural funding of the bus and rail network is what is required.

“With passenger numbers down very significantly and bus services taking less than half the revenue they did before the crisis, and the likelihood that this position will continue over a sustained period, there is presently no prospect of my generating the kind of resourcing required to fund a general pensioner concession.”

“It was a pleasure to meet the South Yorkshire Freedom Riders not long after I was elected, and to hear their very convincing arguments.

“I have since met with the railways minister and officials from the Department for Transport to discuss the possibility of restoring the concessionary pass, and they too are supportive of the idea.

“However, the new devolution deal means that public transport fares are now the responsibility of the Sheffield City Region and the Mayor.

“I would be very keen to support a viable proposal should one be brought forward, and will continue my conversation with the government to help achieve this.”