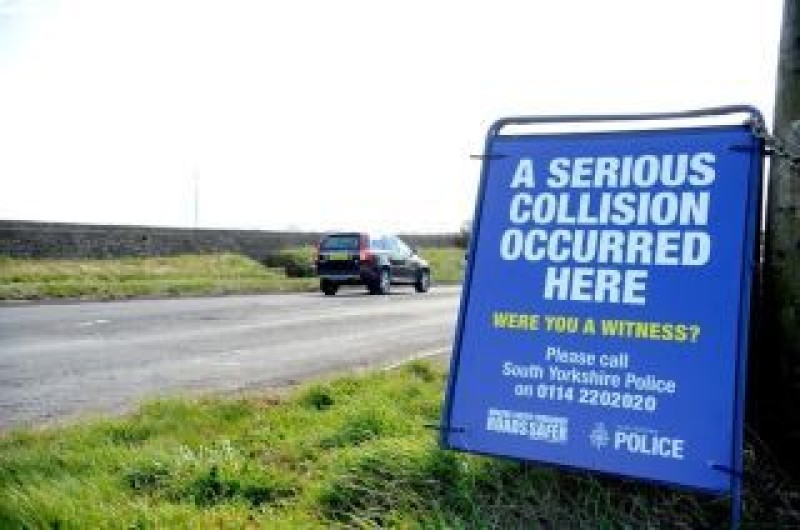 SHOCK figures have revealed deaths on Barnsley’s 750-mile road network have increased in the last 12 months - prompting police bosses to commit to a raft of measures to increase safety for motorists and pedestrians.

Thirteen people lost their lives having been involved in collisions in 2019, up from nine in 2018, while 140 incidents resulted in serious injuries, an increase of 86.7 per cent since 2010.

According to figures from the Department for Transport (DfT), Barnsley had a total of 554 collisions in 2019, down 9.2 per cent on the previous year’s overall statistics.

There were 64 pedestrians hit, 46 motorcyclists and 38 cyclists, although a raft of work is being done to reduce the likelihood of 17 to 24-year-olds being involved in crashes after they represented the highest percentage of overall casualties.

The figures - released this week - put South Yorkshire Safer Roads Partnership (SYSRP) below its 2020 target of 3,601 casualties which was set as a milestone in the county’s 2017 road safety strategy, but bosses have vowed to do more work to reduce incidents.

“Work must continue with our partners in the police, fire service and local authorities to make sure that the numbers are reduced,” Joanne Wehrle, manager of SYSRP, told the Chronicle.

“While there are a number of positives to take from these figures, people have lost their lives and one death is one too many, as far as we’re concerned.

“The pain and heartache caused by road collisions changes lives forever and we are determined to do everything we can as a partnership to prevent this.

“While figures suggest incidents involving motorists in the 17 to 24-year-old bracket are reducing, the age group is still a concern to us and one of the things we want to do is boost education, get into schools and colleges when restrictions are lifted and instil the importance of road safety as soon as we possibly can.”

Campaigners on Burton Road, Monk Bretton, Birthwaite Hill, Darton and Sandy Bridge Lane, Shafton, have all been unsuccessful in achieving anti-speeding measures and criticised the council for ‘only acting when there’s a fatality’.

“In a bid to reduce casualty numbers across our roads, we work closely with partners to ensure that those who are willing to put their lives and the lives of others at risk are educated, caught and prosecuted,” he added.

“We aim to educate road users, but we also carry out regular enforcement operations to tackle driving offences and ensure we are focussing on the issues that cost lives and matter to our communities the most.

“Work with our partners will continue to explore new and innovative ways to reduce the number of casualties as one life taken is one too many.”