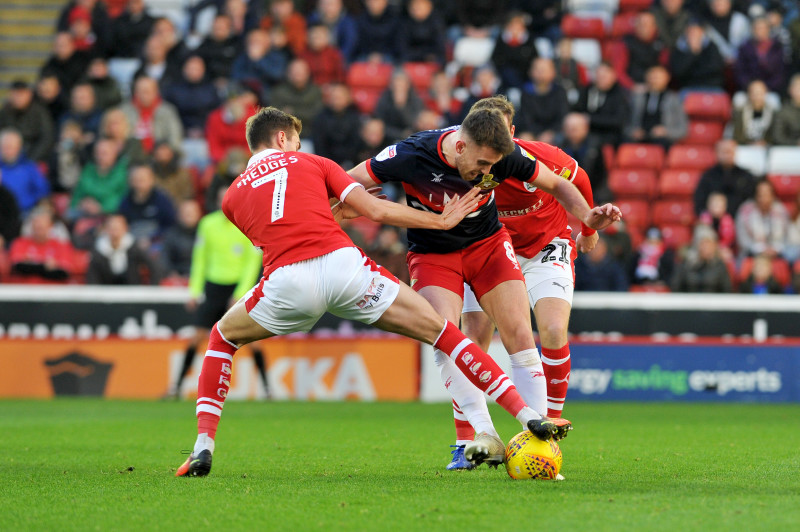 Gerhard Struber is hoping to tie up a deal for Doncaster Rovers captain Ben Whiteman soon but says his main focus is on winning the ‘big fight’ to keep his star players at Oakwell.

Barnsley begin their 2020/21 season tomorrow at home to Nottingham Forest in the EFL Cup, then host Luton Town in their first Championship game a week later. The transfer window, which has been open since late July, is due to close in a month on October 5 but deals can still be done between English clubs until October 16.

So far, the Reds have recruited German full-back Kilian Ludewig – who rejoined on a season-long loan after impressing last season – as well as Austrian striker Dominik Frieser.  Doncaster midfielder Whiteman is someone they are hoping to bring in, but so far they have been unable to agree a fee with their League One South Yorkshire rivals.  Whiteman is thought to have other Championship admirers.

Struber said in January, when the Reds were also linked with him, that Whiteman lacked experience and was ‘not ready to help us from the first minute’. Yesterday the head coach told the Chronicle: “I watched many games from him in League One and I have the impression that he would be a very good player for us and he can learn very quick. Maybe when we get him it is not so easy for him to play and he will have competition.  He is one of our options.”
Struber added: “Ben is a very interesting player for us and we will see what the next days bring with him.”

The Reds have been linked with West Brom’s Sam Field, Charlton’s George Lapslie and Leeds’ Leif Davis but the Chronicle understands none of them are serious targets.   They are known to be hunting a left-back, with Ben Williams out for most if not all of the coming season with a knee injury, as well as a central midfielder and possibly another striker.

Struber said: “We have a discussion about more positions at the moment and we will see. In every line in the formation we need a very good player. We search for that together as a club.  But it is not so easy, from the financial side, to find players who are ready for this level and can play in my style. I will find the right one to help the team and not a player who only makes the squad wider.

“We don’t want to always have to develop a player until they are ready for the Championship, maybe next season. We need a good balance with young players and other players who have more professional experience. But we have time until the window closes.”

Struber added: “We know the squad is not finished and we will look in the transfer market. We need a little bigger squad than now. We have big goals in this season and, for that, we need a bigger squad with special key players.”

Struber is hoping to keep hold of all of his star players such as last season’s top-scorers Cauley Woodrow and Conor Chaplin, highly-rated young forward Jacob Brown and captain Alex Mowatt who the Reds are attempting to tie down to a longer contract as his current deal expires next summer.

He said: “We have players who are interesting for other clubs. That is the first big topic, then the other one is to bring players to Barnsley.  The project here in Barnsley to make the next step in the performance and table is interesting to players and my relationship with them is very good, but I am not stupid. I understand that players could get big offers.  “We might have a big fight for one or two players to keep them here.

“Every player knows he learns many things in the next season at Barnsley. They appreciate that. When we make the next step, the chances for a bigger transfer value go in a completely other direction than now. My goal is to keep these players but it is not easy.
We need players with a good mindset and conviction. The players are happy to be here but the transfer window is always a challenge. Many of them brought a very good performance last season. I think I will keep all the players and bring new players in.”

Barnsley are willing to allow several players to leave the club who are no longer in Struber’s plans. They include former captain Mike Bahre, the 25-year-old German midfielder who has struggled for gametime under Struber.  Young strikers Victor Adeboyejo and George Miller could also be loaned out as well as teenagers such as centre-back Jasper Moon. Jordan Barnett, who is from Penistone and was released by Barnsley earlier this summer, has joined League Two club Oldham Athletic.