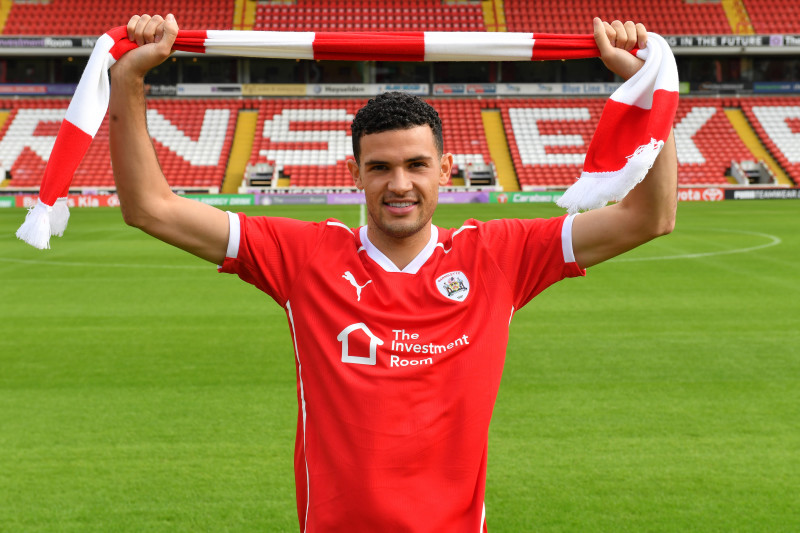 Isaac Christie-Davies said a conversation with Gerhard Struber at the end of last season made what might have been a difficult decision about where to spend the next years of his career very simple.

The 22-year-old signed a three-year contract with the Reds last week after spells at Premier League giants Chelsea then Liverpool.

Christie-Davies told the Chronicle: “My contract was ending at Liverpool and I was ready to play first team football somewhere. I had offers in this country and abroad. I spoke with a few managers including Gerhard and I got a really good feeling about Barnsley and the team.

"It took a while to sort it but, from my side, I always wanted to be here. It’s a good match because Barnsley like to bring through young players.  It was a big decision in my career but it was straight forward.  “The next step for me is to play week in week out in men’s football.

“The opportunity to do that at a really good club was too good to turn down.  It’s one of the biggest leagues in the world, which is great for exposure, and very tough to play in which is a good challenge. I found it really good so far. The lads and the manager have made it really easy and welcomed me.”

Asked what his best position is, Christie-Davies said: “I play best as a box to box midfielder. I am good on the ball, and I have grown up playing a high press which is how Barnsley play as well.”

Christie-Davies said Barnsley head coach Struber is ‘very similar’ to Liverpool boss Jurgen Klopp who led them to the Premier League title last season. His only appearance in professional football was the 5-0 EFL Cup loss at Aston Villa in which Klopp let his youth team manager play a team of under 23s while the first team were focused on the Club World Cup.

He added: “Liverpool is a special club. To be around the team as they won the Premier League for the first time in 30 years, you could see how much it meant to everyone in the city. I played in the Carabao Cup which was a really good experience to play against a Premier League team. The result wasn’t great but we played well and it was a good experience.”

Christie-Davies’ loan spell from Liverpool to Belgian club Cercle Brugges was cut short earlier this year by injury.  He said: “I am not sure when I will make my debut just yet because I have been injured and I haven’t played for a long time. The manager has said we will take it slow in terms of building my training up. It’s up to the manager and the fitness guys to decide when I am ready. I will be doing everything to learn in training and improve my fitness.”