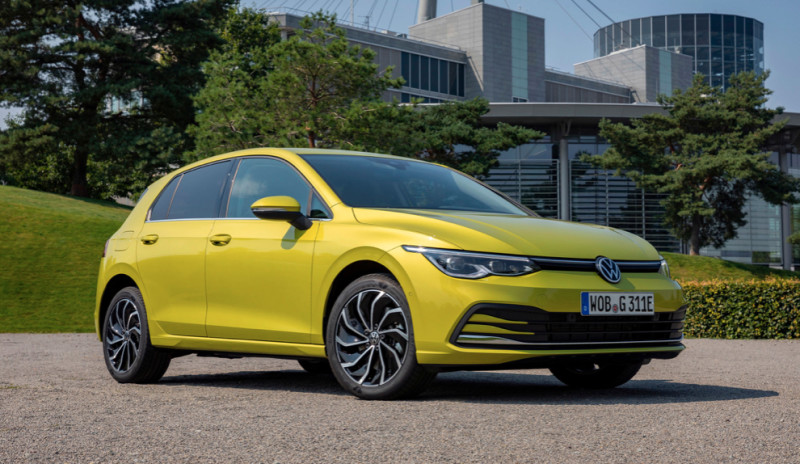 VOLKWAGEN’S Golf - thanks to its eight generations over almost 50 years - has always been the go-to choice for families from all backgrounds. Its can-do-all ethos, no matter what setting, has yielded a legion of fans who expect the best from VW’s most famous creation - space, comfort, a good drive and an everything-to-everyone character.

It’s an amazing feat when you think about its breadth of ability - the Golf is a car anyone would be happy to be seen in, no matter how deep the driver’s pockets.

Now into its eighth generation, all appears well with the all-new Golf, but you still approach it with a little caution because you know just how much weight is on its shoulders.

Expectation levels are automatically high when you’re a class-leading vehicle, especially so when the predecessor was so accomplished. Outside, it’s typically Golf, albeit with a thorough modernisation over the previous model.

The headlights, connected with a strip that runs the full length of the bonnet, look brilliant and the angular rear lights follow suit.

Inside is where it gets even better, though.

It might be under the same ownership banner as Porsche, but there’s more than a little 911 in here with the stumpy automatic gearlever and the dashboard design. The platform-wide digital view remains a great thing to view while following the car’s in-built sat-nav, and the steering wheel is just the right side of chunky. The touchscreen works well and is the best in its class.

Two gearboxes - a twin-clutch DSG and a six-speed manual - are available and you won’t be disappointed with either, although the former does carry a premium.

This car’s 115bhp 2.0-litre diesel doesn’t exactly set the world alight, but performance fans will soon have GTD, GTI and R variants to paw over, although a diesel version still makes absolute sense despite them becoming increasingly unfashionable simply thanks to the brilliant mileage range they offer.

The Golf’s steering is rather light - great for around-town commuting - but it’s a tad vague on the move and could do with a bit more heft. There’s plenty of grip, though, and handling remains a particular sweet spot.

So then, how do you conclude a car like VW’s new Golf? The fact it’s better than ever says a lot and VW have done what VW regularly do: build on brilliance, make ever-so-slight tweaks but keep true to the Golf ethos. Mission complete.