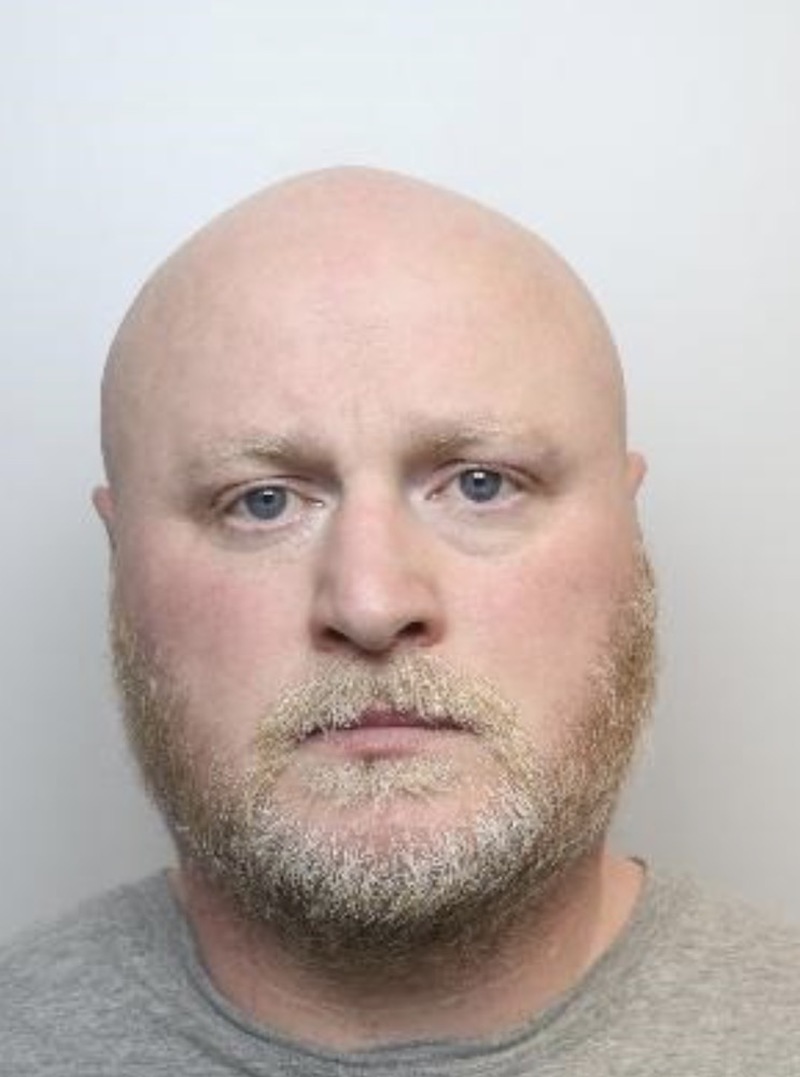 A FAMILY paid tribute to their ‘beautiful’ daughter and urged domestic abuse sufferers to come forward after her estranged husband was jailed for murder.

Craig Woodhall, 41, appeared at Sheffield Crown Court last Friday for sentencing having pleaded guilty to murdering Victoria on March 29 and was told he will serve a minimum of 18-and-a-half years behind bars.

At 4.55pm, members of the public began calling 999 after Woodhall chased Victoria from their property in Windsor Crescent, Middlecliffe, into the street before dragging her to the ground and attacking her.

‘Chilling’ CCTV footage - which was said to be too harrowing to play in court - showed Woodhall returning to injured Victoria twice more after the initial attack to inflict more blows.

Judge Jeremy Richardson QC was told the violence handed out was so extreme that the mum-of-three suffered horrific injuries and died at the scene.

He told Woodhall he ‘brutally and relentlessly stabbed her with the knife’ as she was lying on the ground ‘defenceless against the ferocity of your attack with the murderous weapon’.

“You intended to kill your wife, not a shred of mercy was shown at the scene,” the judge added. “You left her for dead in the street.

“Your conduct can only be characterised as merciless, determined, sustained and savage in the extreme.

“The blows were delivered with brute force, bringing the knife down repeatedly from a height on to the body of your wife, who died rapidly from acute blood loss.

“It was an unrelenting avalanche of exceptionally serious violence visited upon a defenceless woman.”

Victoria - who married Woodhall in 2013 - had recently left the family home to live with another man just as the coronavirus lockdown began.

She was described in court as a ‘beautiful and talented daughter’ who worked as an operation theatre technician at Rotherham General Hospital - her ‘dream job’ - and was working towards helping on wards treating coronavirus patients.

On the day of her death, she returned but Woodhall refused to let her in and her decision to record him on her mobile phone prompted him to react with fury.

In a statement after the sentencing, her family said: “No sentence the judge could have handed down can bring Vicky back to her family, nor compensate for the terrible pain we are suffering.

“We would urge anyone who is suffering domestic violence, or who thinks someone they know may be, to tell someone about it.

“We hope this message might save even one other family from having to endure the nightmare we have endured following Vicky’s murder.”

Woodhall, who left his position in the army in the same year of his marriage, was training to be a prison officer.

Detective Inspector Ben Wood added: “CCTV footage recovered as part of our inquiry showed that he dragged Victoria to the ground and stabbed her several times before walking away. He returned a further two times, inflicting more violence.

“This was a horrific attack, I know this incident caused a significant deal of distress within the local community, especially among those residents who witnessed the murder.

“Once more I would like to extend my deepest sympathies to Victoria’s family and friends, as they try to process the loss of their loved one.

“Woodhall is a dangerous, violent individual and I am pleased he has been handed a lengthy prison term for his crime.

“I’d like to take this opportunity to recognise the efforts of the investigative team of officers and staff who worked tirelessly on this case as well as those officers who first attended the scene, all have shown compassion and professionalism throughout.

“Their relentless commitment to securing justice for Victoria and her family has led to a successful conviction for a very serious crime.

“To the witnesses at the scene, I also extend my thanks. You saw something truly horrific, but were so helpful with our initial enquiries and supportive throughout our investigation.

“I hope the wider community are also reassured by the swift action taken by police officers to apprehend Woodhall and bring him before the courts.”
Author: Josh Timlin