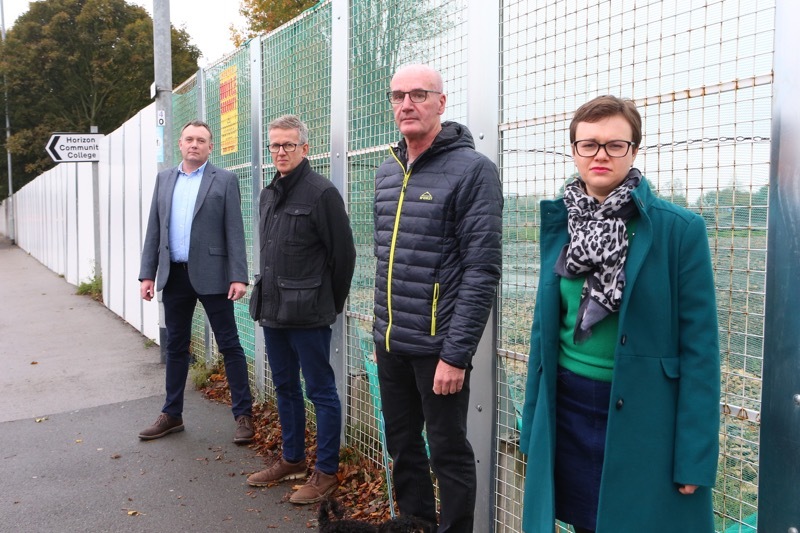 CAMPAIGNERS who have secured a crunch meeting with Barnsley Council will tell the local authority to halt its controversial scheme to create a one-way road system through a much-loved park next week, new documents have revealed.

A recent cabinet decision relating to the road at Penny Pie Park - which is in its early groundwork stages - to make an extra £3m available to complete the road has prompted a fresh wave of complaints from residents and councillors against the plan.

Original estimates show £4.3m was set aside for its completion but a further £3.053m was granted earlier this month, which will result in an urgent scrutiny meeting being held on Monday.

Documents revealed this week show a list of the campaigners’ demands, which have been rubber-stamped by Couns Peter Fielding, Jake Lodge, Hannah Kitching, Steve Hunt and David Greenhough.

A statement said: “We feel that in the current uncertain financial climate, the course of action required to prudently manage the spiralling costs of this project needs to be given further consideration.

“The information presented to cabinet regarding estimates, project management and financial management is incomplete, inaccurate and misleading and prevented members from fully scrutinising the reasons for the increase in costs.

“No alternative approaches to financing the overspend were considered or presented to cabinet and no consideration was given to the effects of the Covid-19 pandemic on traffic volumes and patterns to enable the need to complete the scheme at this time to be properly assessed.”

Campaigners have called for a full internal audit to be carried out, an appraisal of advice received from external consultants and the suspension of the project while a revised estimated traffic assessment is carried out in light of the pandemic.

The document reveals a wish to return Penny Pie Park - which had its perimeter boarded up almost a year ago to block public access - back to its former use as a result of mounting pressure for the scheme to be axed, two years after the local authority gained permission from its own planning board.

A council report added: “This project was originally allocated a total budget of £4.395m, comprising £2.181m from the council’s capital reserves and £2.214m secured via Sheffield City Region.

“To date £2.97m of this budget has either been spent or is fully committed leaving a balance of £1.425m remaining from the original budget allocation.

“The residual balance, however, is insufficient to complete the project due to the cost of the civils contract and also project costs increases. Cabinet approval was therefore sought to release capital reserves with a total value of £3.053m.

“The decision of the cabinet cannot be implemented until the matter has been the subject of further consideration by the overview and scrutiny committee.

“At this meeting members who have made the request will have the opportunity to give evidence on why their alternative proposal should be adopted.

“If the committee supports cabinet’s original decision, that stands and can be implemented from the date of the meeting.

“If the committee supports the request of those who called it in, it can either refer the matter back to cabinet with a recommendation for an alternative solution or refer the matter to the full council for debate at its next available meeting.

“Until the matter has been resolved, the cabinet’s decision (to make the £3m extra available) has been put on hold.”
Author: Josh Timlin