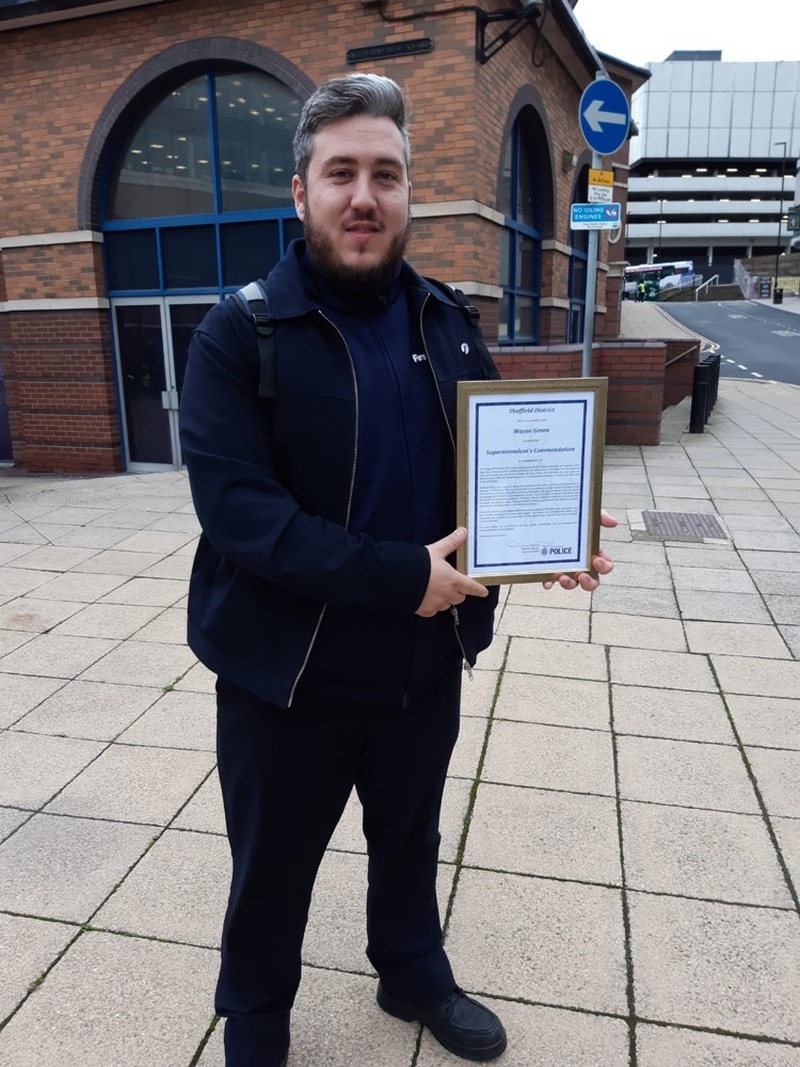 A BUS driver has been awarded a superintendent’s commendation after he tackled a career criminal from Barnsley to the ground after he stole a woman’s purse.

The incident occurred on March 27 in Sheffield city centre as Wayne Green noticed a man aggressively asking a women for money on the street.

Just moments later, the man pushed the woman and snatched her purse out of her hands before running away.

Wayne chased the man and rugby tackled him to the ground before detaining him while others called the police - he then realised the man was waving a needle around so he retrieved the purse and monitored the attacker until officers arrived.

The attacker, 35-year-old Donovan Gaskin of Honeywell Street, is a career criminal in the town and was charged with robbery after pleading guilty - he was sentenced to three years and eight months to prison on May 4.