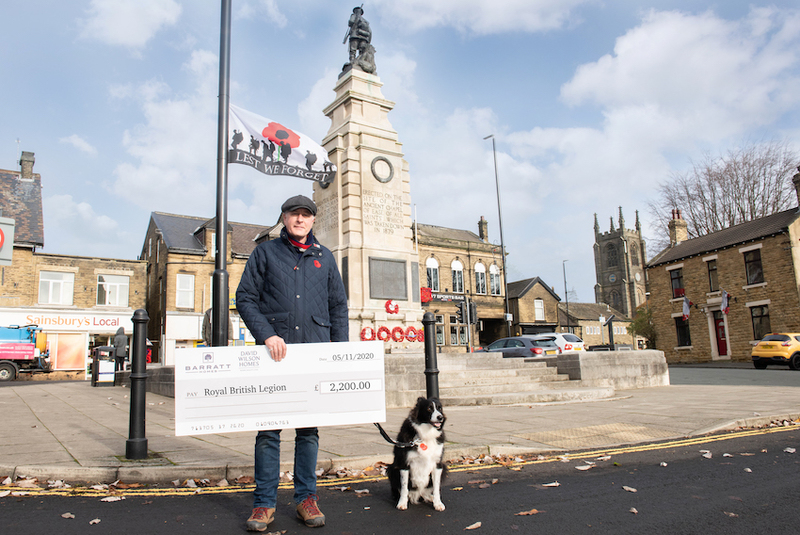 A YORKSHIRE building company has supported the Barnsley branch of the Royal British Legion in recognition of Remembrance Day on Wednesday.

Barratt Homes Yorkshire West has supported 11 branches of the Royal British Legion including the Churchfield branch which meets in Wilthorpe.

The company has pledged £2,200 to help support the branches and in recogition of the hard work and sacrifice of the armed forces.

Ian Ruthven, managing director of Barratt Homes Yorkshire West, said: “We’re always looking for opportunities to support our local veterans and donating to the Royal British Legion is one of the best ways to do so.

“Through our armed forces recruitment initiative we’ve seen first-hand some of the vital work done by organisations like the Royal British Legion so we’re delighted to be supporting them on Armistice Day.”