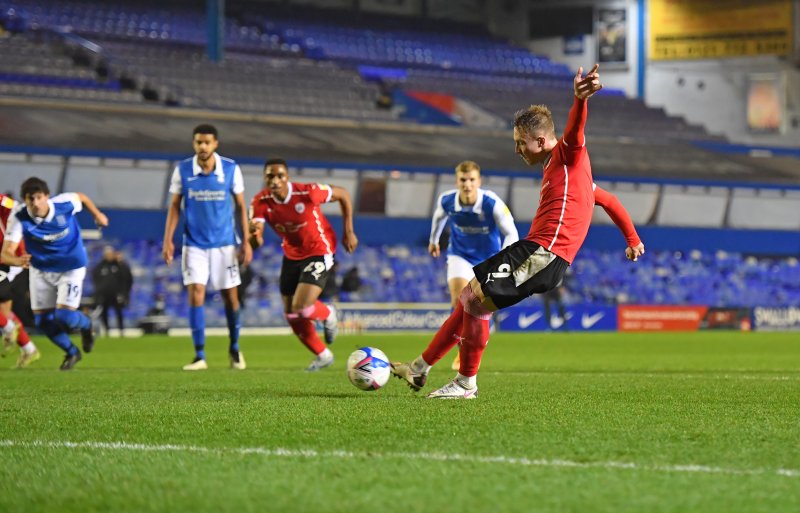 Cauley Woodrow notched his 40th goal for Barnsley on Tuesday and immediately set his sights on being the club’s first player to reach a half-century since Bruce Dyer in 2002.

The only player to score more in the last 18 years was Sam Winnall who netted 48 in 116 games. Woodrow, who has 40 in 92, told the Chronicle: “It’s obviously a great record and I am looking to build on it. If you had said to me when I signed that I would be at 40 goals now I would be delighted.

“I am really really happy but my aim is 50 now, which would be great and a really proud moment. This is my third season so, if I can score 50 in three seasons, it would be a great return.”

Four of Woodrow’s five league goals this season have been penalties, including the equaliser in the 2-1 win over Birmingham City in midweek.

“I feel confident taking them. I practice them every week and look at the goalkeepers. I have to mention Nath Kirby who is one of our analysts and he sends me clips of every goalkeeper I’m coming up against. It hopefully gives me a little advantage.

“I do a lot of repetition of them and thankfully they keep going in.”

The win meant Barnsley are closer to the top six than the bottom three.

Woodrow said: “Our aim is to keep moving up the table but we’re not getting ahead of ourselves or getting cocky, we will keep grounded and level-headed as we always do. We just want to keep working hard and winning then get as high as we can.”

Woodrow signed a new contract in October and hopes captain Alex Mowatt, whose deal expires next year, will do the same. The striker said: “He’s great player and a good friend of mine. He’s our captain and everyone likes him in the squad. Every single Barnsley fan, player and member of staff wants him to sign so hopefully they can sort it out.”