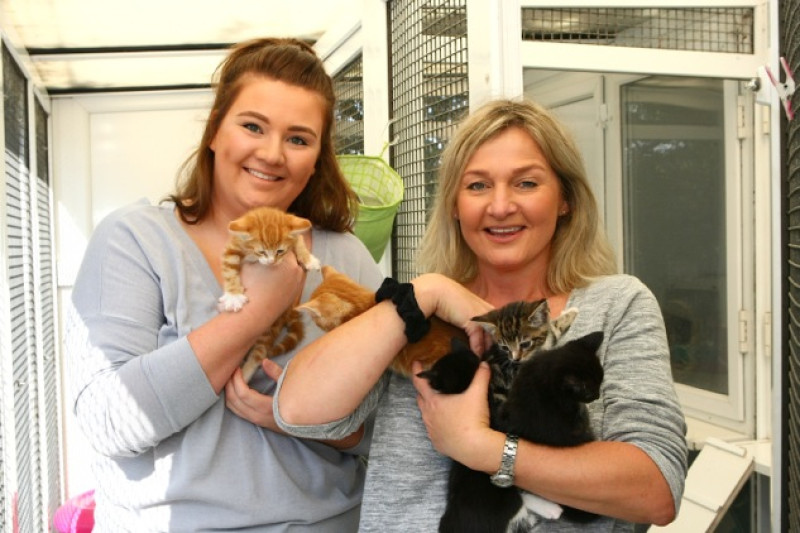 FIVE tiny kittens were tied up in a black bag and left to die in the baking heat on a remote country lane.

The four-week-old animals had been cruelly stuffed together inside a black bin liner which had been tied up so they couldn’t escape and dumped on a quiet lane near Rob Royd Kennels and Cattery at Worsbrough Bridge.

They were rescued on Sunday afternoon when a passing walker and her children noticed the black plastic sack was moving and raised the alarm to Janet Huxley who runs the kennels and happened to be locking the gates at the time.

Janet dashed over to help, ripped open the bag and three kittens fell out.

She feared the worse as she could see there was still something else inside and thought it may have been the dead mother to the kittens. But then, to her shock, two more tiny kittens nervously crawled out.