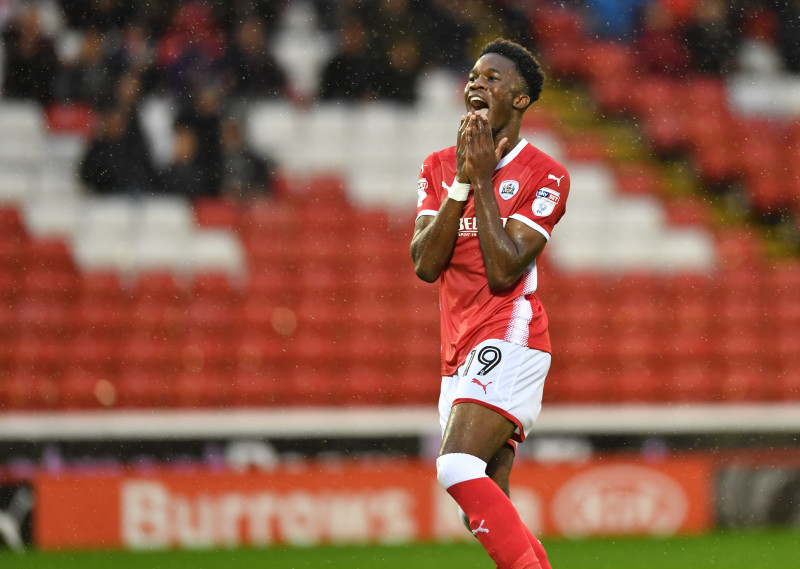 Ike Ugbo is hoping his goal-scoring exploits with England under 20s during the international break will translate to his performances with Barnsley.

The 19-year-old, who is on loan from Chelsea for the season, netted in the Young Lions' 5-1 win in Italy and now hopes to end a five-match barren streak for the Reds since scoring in the 3-0 victory against Sunderland on August 26. That is his only Barnsley goal in six starts and four substitute appearances.

Ugbo told the Chronicle: "When I get picked for England it gives me a bit of extra confidence and scoring gives me even more of a boost. I just want to keep it going for Barnsley now. Hopefully when I get my next goal for Barnsley they will start coming regularly."

He added: "It's an honour to represent my country. It was my first goal for the under 20s. It is obviously the best feeling when you score but it's even better when you score for your country."

Ugbo has only started one of the Reds' last four league matches and was an unused substitute at Millwall before the international break.

"I have definitely enjoyed it here, especially making my full debut and getting my first goal. It's a long season so I have time to develop and show I can become a regular starter. I have time to train and learn my trade.

"From the first game I played for Barnsley, I think I have improved a lot. I am getting used to the Championship and working hard. I can gain experience playing a lot of games here and hopefully Chelsea will have another look at me at the end of the season."