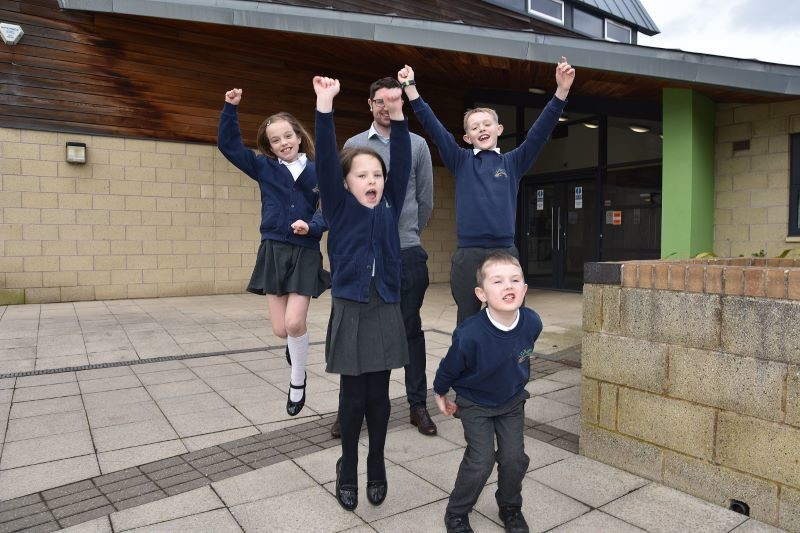 Lee McClure started in the position of headteacher in September and the latest report from government inspectors has maintained the school’s good rating.

The last visit from inspectors to the Sheffield Road school was in November 2013 and the report finds the good quality of education in the school has continued since then.

Pupils enjoy coming to school and attendance is above average, with behaviour consistently well managed.

The last inspection asked for improvements in the teaching of mathematics, which has been achieved.

It particularly praises Mr McClure’s efforts so far, stating: “You have made a strong start to your tenure as headteacher. You have taken time to observe the school, recognising its strengths and where things need to be updated or developed further.

“You recognise that occasionally, for some pupils, the school has not got the balance in teaching right and they are not challenged as well as they could be.

“The plans and actions that you are implementing have the support of governors, the wider senior leadership team and staff.”

Mr McClure said: “We are really happy with the report. It is a good valuation and early judgement into my tenure and I feel like we are in a good place working towards the improvements suggested.

“The biggest thing is to pull together. School has a really great ethos of play together, learn together, achieve together, through things such as inclusive sports, collaborative teaching and consistent rewards for the pupils. All three are tied up in that key message of togetherness and the community seems impressed.

“We have a really active Twitter feed which helps parents feel more involved in the school.

“And long term, it is really early days but we wanting to see the children working to the highest standards possible. They have done really well results wise and we want to make sure we can identify the children as early as possible to provide them with as much help as they can receive.”