Brave Jessie to ‘ring the bell’ as treatment ends 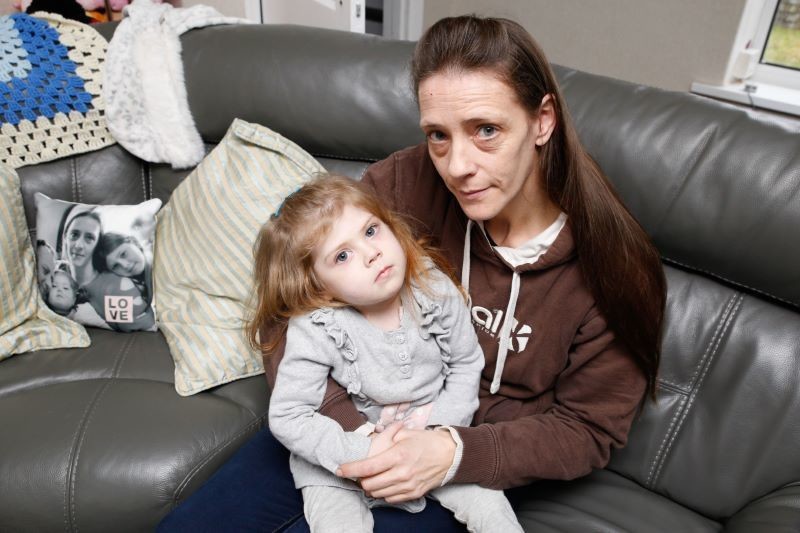 A BRAVE four-year-old who has spent most of her life battling cancer has been told she’s free from the disease - and will finally ‘ring the bell’ to mark the end of her treatment later this month.

Jessie Stocks was diagnosed with leukaemia in January 2016 and spent months on end receiving intensive chemotherapy, a bone marrow transplant and treatment for a variety of serious complications and illnesses which resulted from the disease and subsequent treatment.

Mum Mel, 40, said Jessie had been a happy and healthy baby who was doing well until she was about nine months old. She became grouchy and had flu-like symptoms, so Mel took Jessie to the doctors almost every week for several months.

She was initially told she was an ‘overprotective mother’ - and in all Mel had to take Jessie to medics more than 50 times before she was diagnosed with cancer.

Since then, Jessie has been in and out of Sheffield Children’s Hospital, but on February 19 she will get to ring a bell located on the ward where she’s been treated - a tradition for every child when they reach the end of their treatment.

Mel, of Mitchelson Avenue, Dodworth, added: “I’ve seen hundreds of kids ring it over the last couple of years so it’ll be amazing to witness this huge milestone as you never know when, or if, that day will even come.

“Ringing it finally puts an end to the cancer side of things, although in reality it doesn’t change anything with regards to what Jessie will continue to go through.

“Jessie will battle, just as she has done for the last two-and-a-half years, with the side effects for life and will have scans every three to six months until she’s discharged to adult services when she’s 18.

“I am so thankful to still have my baby girl here with us, but I’m heartbroken for all the families who have lost their beautiful children to this horrible disease, and the poor children still stuck in hospital. I think of them all the time.”

Jessie’s older sister, nine-year-old Macy, was shortlisted for a Young Champions award having ‘done everything’ to keep Jessie entertained throughout her treatment.

She’s also performed duties such as making sure Jessie’s medicine tube is fitted correctly, helping her with her speech and language using specialist cards and getting clean clothes when Jessie has been sick.

“She and Macy are best friends,” Mel added. “In fact it was Macy who got Jessie to talk for the first time. She’s helped keep Jessie entertained and helped me so much along the way. The love they have for each other melts your heart.

“Cancer has been kicked into touch and I am so, so proud of Jessie and Macy, as well as all our family and those who we’ve met. I take my hat off to the families and children fighting against cancer and they’re all such an inspiration.”