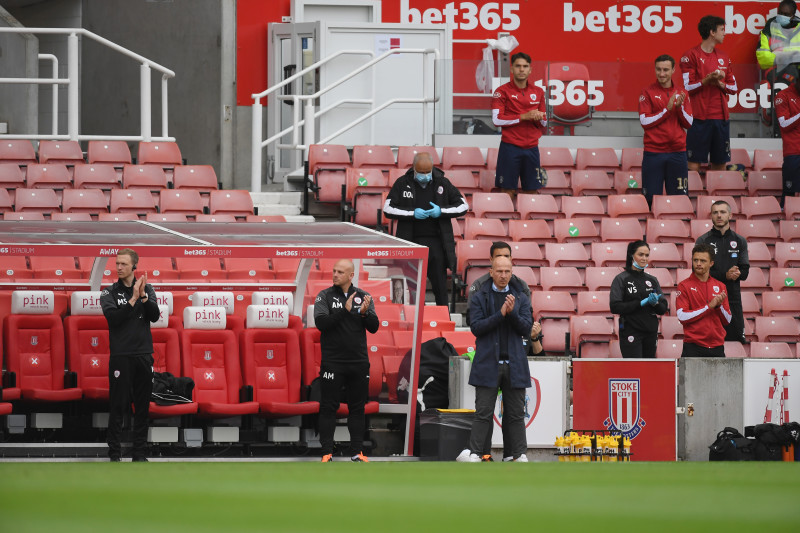 Barnsley captain Alex Mowatt says his side ‘laid down’ for Stoke City in the first half of a 4-0 loss which was ‘men against boys’.

The Potters, who the Reds could have overtaken in the Championship relegation scrap with victory, went 2-0 up after ten minutes then added a third before the break.

Mowatt said: “It is a tough one to take, getting beat like that. We basically laid down for them in the first half, made things easy for them and gave them three sloppy goals. It was two set pieces and on individual error.  All three goals in the first half half could have been avoided by picking the man up and being solid. Once you’re 3-0 down, they just sit in and make it so difficult because we are chasing the game.

“It was embarrassing, really. There was some anger in the dressing room. No one was happy at half-time. It felt to me like men against boys in the first half and you can’t let that happen in Championship football.”

Head coach Gerhard Struber added: “The second goal is a crash for our mindset and we completely lost our plan. We know Stoke have a big advantage from set pieces but we weren’t ready and clear in those moments.

“We had nothing from every one of our players. It is very disappointing. There weren’t many players who fought against a massive opponents. Stoke were on another level and we did not have the right energy to win balls and play forward. In every situation, on and off the ball, we were not at the right level.

“Stoke had good plans from set pieces and we were too late with our reaction. Also we have the mistake (by Mads Andersen for the second goal) and, against this massive opponent, we are not allowed to make mistakes. Today we did not show the face from the last games, we showed a very bad face.

Barnsley are four points from safety and now visit fellow strugglers Luton on Tuesday. Struber said: “It is my responsibility to build the confidence up again. It is also up to every single player to be very self-critical. This is important. We have played four games, three of the four were very very good. But today we were not ready and we have to change this in the next game.  We have a big chance on Tuesday to change the picture. We need a completely different mindset. We have no time to sleep.”