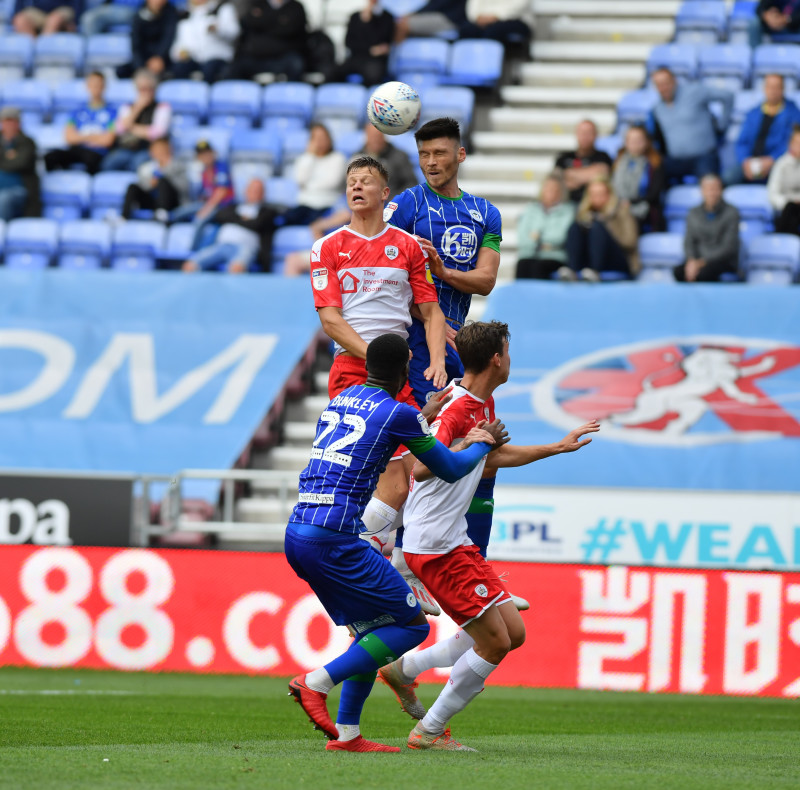 The Reds head coach has been reluctant to say his team have had to be victorious in any of the recent fixtures but, after collecting just a point from other relegation-battlers Stoke City and Luton Town this week, he admits a draw or loss will not do.

Wigan went into administration last week and will be deducted 12 points this season if they finish outside the relegation zone, which they are almost certain to. They are appealing the deduction but, with it applied, they are second-bottom, a point below Barnsley and four from safety.

Struber said: “In the end, we need a win. This is clear. It is maybe the most important game of this year and, if we win, we will be in a very good situation.  We have pressure to win but we have the right self-confidence because we know we have the quality to win.”

Wigan finished 2019 bottom of the Championship and winless in 13 matches but only Brentford have collected more points this year than their 33 from 17 matches. They re-started with 2-0 wins over Huddersfield Town and Blackburn Rovers then 3-0 against Stoke, then went into administration. They were unbeaten in nine before Saturday’s 3-0 loss at high-flying Brentford which ended a run of seven successive clean sheets, that had  brought six wins.

Wigan won 1-0 at home to QPR on Wednesday so will have one day less than Barnsley to recover for tomorrow’s clash. They have kept eight clean sheets in their last nine matches.  They are the second lowest-scorers in the division, joint with Barnsley.

Struber said: “Their defensive structure and their work together shows me it is a big challenge to score against them.  “But it is not a magic team. It is a good team with very good form. But I know what we can bring and, when we show a similar attitude to our game at Luton, with a little more luck, we can bring a big performance.”

Wigan bought Kieffer Moore from Barnsley last August. Their captain Sam Morsy played 14 games on loan to the Reds in the 2016/17 season while his central midfield partner could be Joe Williams who played 38 games on loan to Barnsley in 2017/18. Wigan boss Paul Cook has never lost to the Reds as a manager, having faced them three times.  His Chesterfield side won 2-1 against Danny Wilson’s Barnsley in 2014 then his only previous visit to Oakwell brought a 1-1 draw later that season.

Wigan drew 0-0 at home in August to a Barnsley side missing eight first team players through injury, before Ben Williams was sent off late on. Barnsley have only won once in a league match against Wigan, who were already promoted when the Reds triumphed 4-1 at the DW Stadium to reach the League One play-offs in 2016. Their other ten league meetings – in the fourth, third and second tier – have brought six Athletic wins and four draws. Barnsley won the first ever meeting between the sides 3-2 in the FA Cup in 1954.

Since then, Wigan are unbeaten in their six trips to Oakwell, winning four and drawing two including a goalless stalemate on their last visit in November 2016. Kevin Betsy’s goal, when his side were already 3-0 down in a 3-1 defeat in 2002, is the only home league goal Barnsley have scored against Wigan in five meetings.