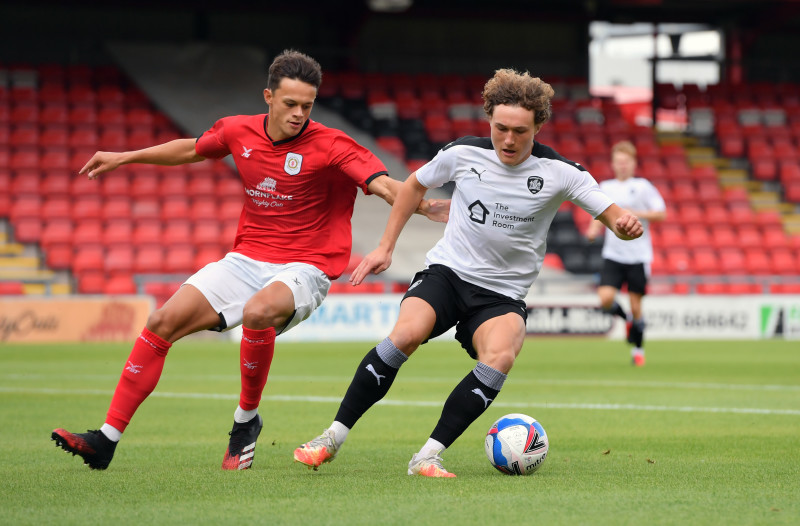 Callum Styles believes he could be about to commence a breakthrough season in his career.

The 20-year-old signed for Barnsley from Bury in the summer of 2018 but had only started one league game in almost two years before being put into the side at left wing-back by Gerhard Struber for the final four games of last season.  He impressed, scoring his first career goal in the last game at Brentford, and then earned a new contract until 2023.

He played in his preferred position of central midfield alongside captain Alex Mowatt on Saturday in the friendly at Newcastle United and could start the season there tomorrow against Nottingham Forest in the EFL Cup at Oakwell.

Styles said: “I want it to be a big season for me. If you perform then you play and hopefully I can keep performing at a high level, help the team and keep my place through the whole season. I have to establish myself in the Barnsley team this season. I have to prove a point and play games.”

Styles believes the Reds will not be fighting against the drop this season. He said: “It’s been a bit of whirlwind. It didn’t seem real at the end of last season, what we achieved, but it is sinking in now. We know what we did but we need to focus on next season now.

“We have to be confident in our abilities after we survived the madness at the end of last season. We are not even looking down at relegation battle, we have shown we are better than that. We certainly don’t want to be in the same position we were in last season.
We want to be in mid-table, pushing on. I believe 100 per cent we won’t be down there.”