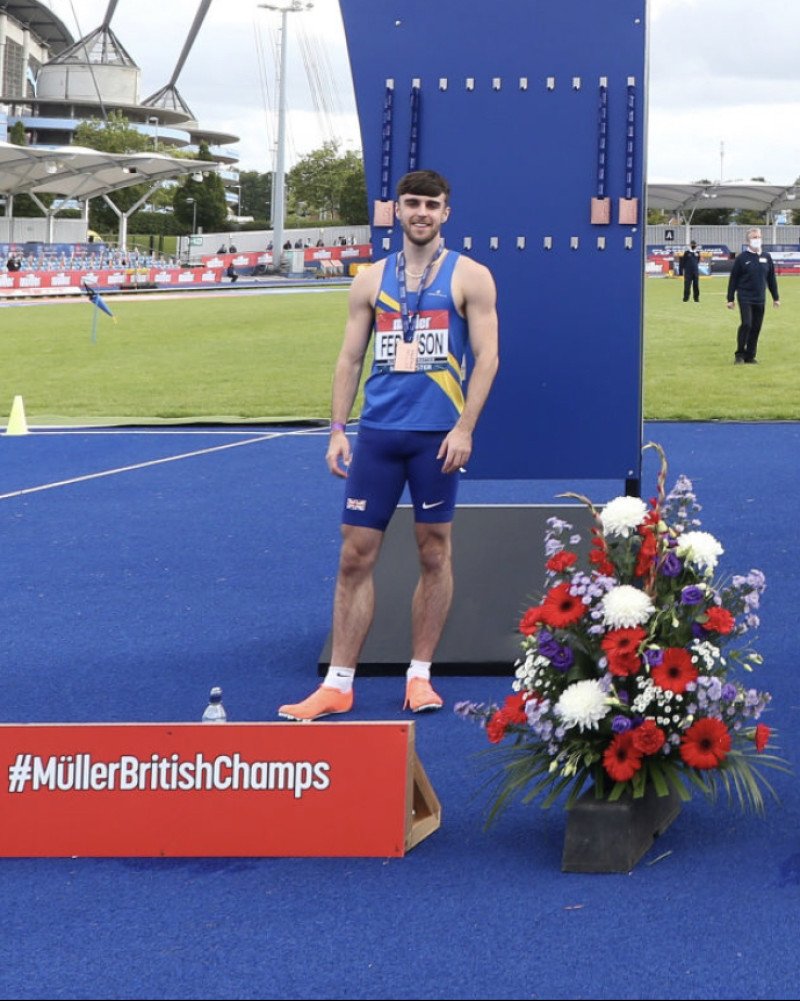 Sprinter Joe Ferguson was delighted to claim a bronze medal over 200m at the British Athletics Championships in Manchester this week.

The 20-year-old from Darton finished in 21.16 to win his first senior medal.  He said: “I am really happy. My plan was to make it to the final and I would have been happy with that. I knew there was a chance of a medal and it was great to get a bronze.

“It’s definitely one of the best moments of my career. I have been high up in the juniors but it is nice to be up there on a senior level now. I have put myself on that stage and shown I have the potential to compete in the seniors even though I am only 20.”

Ferguson is hoping that medal, and a good winter of training, will put him in contention to qualify for the Olympics in Tokyo next July and August.  He said: “If I am in the mix with the medals at senior level, I have to have one eye on the Olympics. I want to be here for the long-term, past Tokyo, but of course I would love to get to the Olympics next year.

"My main focus will be the European under 23 Championship next season, but Tokyo is definitely in my thoughts.”

Ferguson – who has now finished competing for the year – came from behind to narrowly take the bronze.  He said: “I tend to come through at the end, which is something my coach is looking at because it is a technical thing. It should hopefully be a simple fix over the winter and, when I can get the first half right, I should take a lot of time off.

“There are plenty of things to improve. Some of it might take a bit of time. Hopefully, by next summer, I will be in a much better position. I just want to work on my strength and power. We have a lot of plans so it should be exciting to see the progression.”