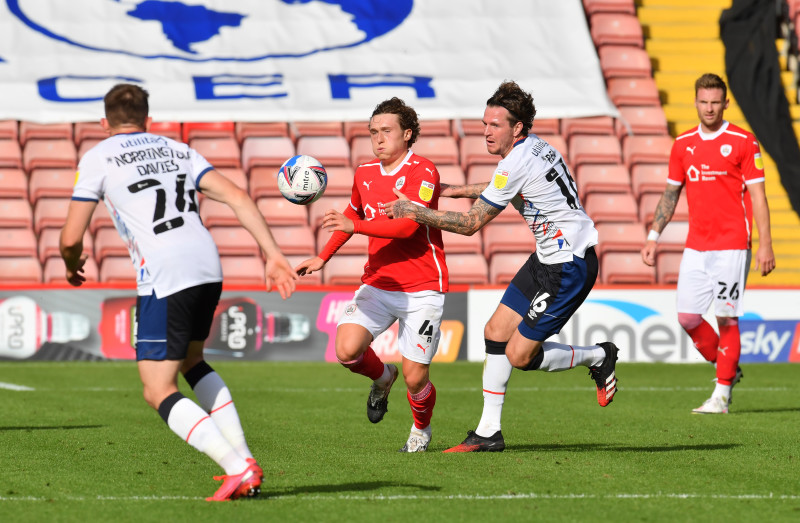 Gerhard Struber admits Barnsley need to sign more physical players after they lost their first league game of the season 1-0 at home to Luton Town on Saturday.

The head coach said he hoped the Reds would sign players in the next week, adding: 'it is necessary.' His side struggled with a strong and direct visiting side as Barnsley produced a poor performance.

Struber said: "We are realistic about what the players can bring and what is in our team. We don't always have players on the field who, from the physical side, have the right experience to play in the Championship.

"It is important that we have players who can help us from the physical side. At the moment we have enough skinny players who have other skills. I like and trust my players very much but in some games you need more physical players who can keep the ball and give us an advantage in set pieces.

"The aggression and the physical advantage of the opponent gave us problems. On the ball we did not have the right bravery and discipline to break the lines then we had to play the way same as the opposition, with long balls, and it is difficult. We needed to play on the ground very quick and we forgot the discipline to do this.

"The opponent found a good momentum and we did not have so much control on the ball, especially in the second half. That is the reason that we lose this game and it is what we have to make better in the next game. It is a big learning day.

"Luton played only long balls and we had no chance to press them and win balls. It was only a fight for second balls today."

The goal, scored by James Collins after 71 minutes, also came from a long ball, then Dominik Frieser headed a good chance off target after coming on for his debut.

Struber said: "The goal is very disappointing. We were asleep, we did not have the right power to clear this ball. They were lucky with that shot but we were unlucky with our big chance with Frieser."

Clarke Oduor missed the match through injury. Struber said: "He has a problem with his groin. I hope he comes back in ten or 14 days. He is very important for us."

Aapo Halme was also not in the squad, with Struber saying the centre-back took a 'hit in the face' in the last training session before the game.

Defender Jordan Williams said: "I think it was tough for us. They stuck to their gameplan but we needed to stick to ours. We need to take the learning curve from the long balls and go again on Tuesday. We can't do anything about the goal going in the top corner but we can learn from not winning the second ball.

"It was just a tough game. We had to dig deep and we need to do that better. It's small margins like winning the first and second ball. On another day it could be 0-0 or we nick it with Frieser's chance."