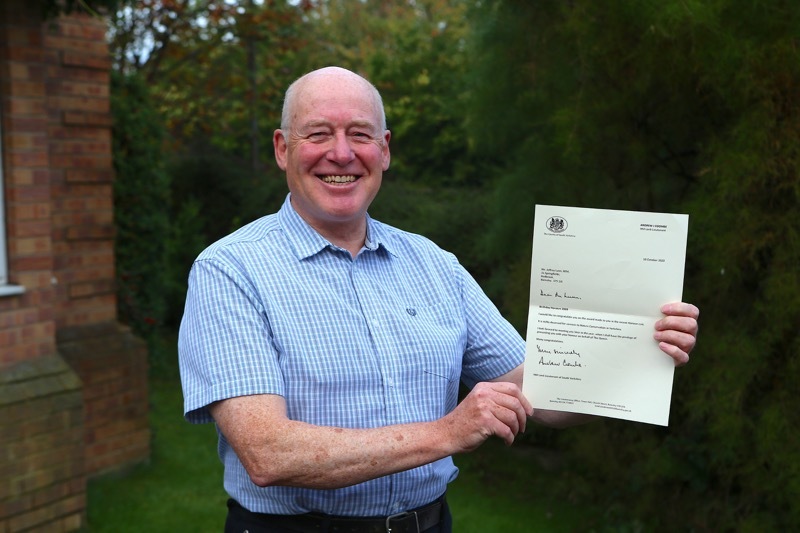 A NATURALIST who has spent his life focusing on nature in Yorkshire has been awarded in the Queen’s birthday honours.

Jeff Lunn, 67, of Springfields on the Redbrook estate, set up the Garganey Trust in 1999 and has since helped take charge of a number of reserves across the county.

He is set to receive the British Empire Medal (BEM) for his services to nature conservation in Yorkshire.

Jeff worked as an ecologist and conservationist across Britain before his retirement in 2014, and he recently led a £1.2m project called ‘Wings Across The Ings’ to transform Broomhill Flash.

He told the Chronicle: “I’ve had a long career in nature conservation and have worked for many organisations across Britain, many of which are in Yorkshire.

“I’ve done a lot of work as a volunteer and I’m really proud of setting up a trust called the Garganey Trust in Barnsley, as well as raising money through the trust to buy nature reserves.

“Broomhill Flash is the main one that we’re involved with and that’s been for more than 20 years, managing it for a whole range of wildlife, particularly birds, and now it’s a reserve that would be open to the public if Covid wasn’t here.”

In his time Jeff has also published a book, called the South Yorkshire Plants Atlas, as well as working with the council on nature reserve projects - noting David Attenborough as his inspiration.

“When I was growing up I was always inspired by David Attenborough and so I feel very lucky - though I have made my own luck - that I’ve been able to have a career in conservation,” he added.

“I was born and bred in Barnsley but I’ve never worked here - I’ve worked across Britain in places like York and I’ve also travelled to Wales and Scotland with my work.

“I’m absolutely thrilled and honoured to have received the award, especially to be nominated by colleagues.

“It’s a real privilege to think that people think I’m worthy for this.”