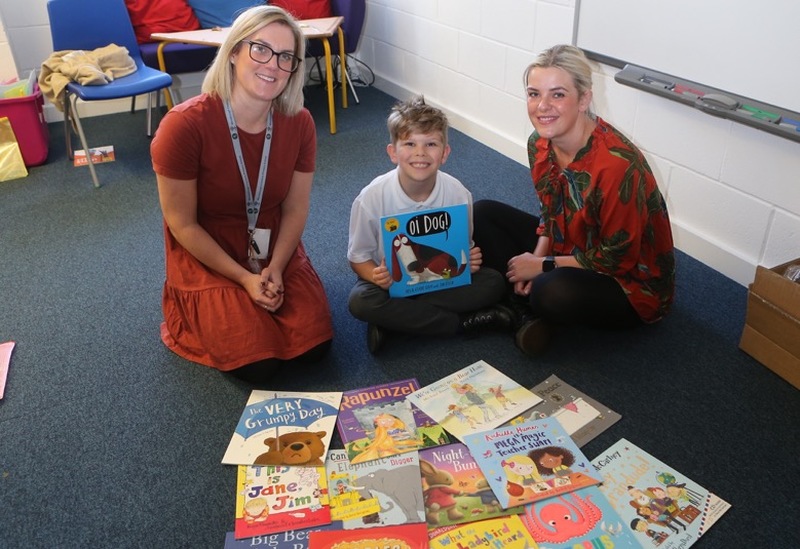 A LENDING library scheme set up at a school in the memory of a 24-year-old teacher who was once a pupil there has been called a ‘fitting tribute’.

Logan Porter, of Worsbrough Common, died of a cardiac arrest while teaching history at an academy in Slovakia in December.

His family, who raised thousands to bring his body back to Barnsley, said Logan always believed books were the key to ‘opening children up to new worlds’.

And when their fundraising efforts were successful, they decided to use the extra funds raised to put something in place as a memorial to the young teacher.

Logan, following in the footsteps of several generations of his family, went to Worsbrough Common Primary School, and it was there his passion for reading - initially given to him by his grandmother - was developed.

And so Logan’s Library, which was started this week at the school, aims to do the same for the next generation.

The library, set up by Logan’s former teacher Kate Ainley, sees pupils given a pack of three books as well as hot chocolate and a card explaining who Logan was and how he’s inspired the scheme.

The books are swapped around reception and year one - more than 100 children - for them to take home and share with parents at bedtime.

The call from Logan’s mum Karina surprised Kate, now deputy head - as did the sum of £2,000 which she said she wanted to donate.

“We have a book vending machine at the school, and initially the money was donated to that,” said Kate.

“We didn’t want the money to get caught up in anything else, and wanted it to go towards something that really promoted reading.

“There’s a flyer in the packs with a message from Logan’s mum, saying that he believed reading was the key to opening up children up to new worlds.

“Children probably wouldn’t be reading at home in some cases.

“Logan was in my first ever class as a teacher.

“I remember him being so bright, a model student - I knew he was going to go on to do well.”

Logan’s sister Camilla, 30, said the family always wanted anything extra they raised to go back to Worsbrough Common.

Her son Addison Connelly, Logan’s nephew, is the next generation of the family to attend the school.

“Logan always said anything you could teach kids, you could find it in a book,” said Camilla, of Hawk Street, Redbrook.

“He would’ve thought it was brilliant, it’s a fitting tribute.

“A lot of kids will be sat on their Playstations for hours, but I’ll go into his room and see he’s turned the Playstation off and he’s sat reading a book.

“And that comes from Logan. He was always sat reading to him.

“It’s magical for kids to know there are worlds you can never explore through your TV.”
Author: Luke Watson