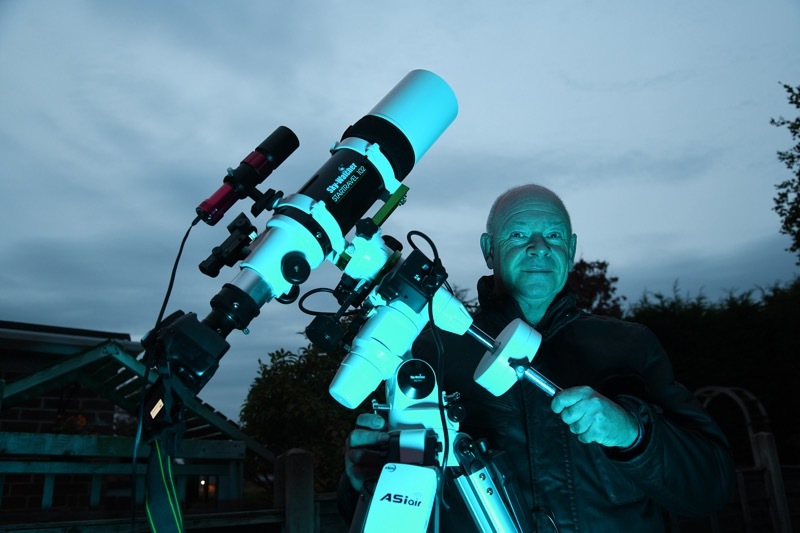 IT’S amazing what you can see from your back garden - with the right gear and a bit of know-how.

Astrophotographer Paul Holdsworth says he’s only an amateur, but photos taken from his home in Darton show some breathtaking and rarely-seen sights from our solar system.

Paul, 57, has always had an interest in photography.

But as he headed into retirement, and all the free time that comes with it, he realised there were only so many things on Earth you could take a picture of before you’d eventually get bored.

Paul’s thoughts drifted further away - into deep space - and he started looking into astrophotography.

Objects captured by astrophotographers - using a telescopic lens fitted with a tracker that’s able to follow stars, nebulae and galaxies as they move through the night sky - are mostly invisible to the human eye.

But in the finished photographs, parts of deep space thousands of light years away are presented crystal clearly.

Paul said: “I started to watch YouTube videos and read up a bit more, and thought I might as well invest in it and have a go.

“I got an equatorial mount for the camera, which means you can punch in the co-ordinates for any deep space object that’s catalogued and it tracks it through the sky.

“The telescope has a smaller guide scope on the top which sends electronic pulses to the mount to nudge it with very fine adjustments.

“It tracks it for several hours through the night and then it’s just taking photos that at first look like white stars on a black sky.

“But within the photos, are photons of light emitted thousands of years ago.”

Images, taken every few seconds with slow shutter speeds - which allows more light into the camera - are ‘stacked’ to produce a clearer picture.

It’s a process that takes some knowledge, as well as a clear sky.

“I don’t want to make it sound like anyone can grab a camera and do it, it is a steep learning curve,” he said.

“But I would say for someone who started a year ago myself, the amount of support you get from experienced astrophotographers is superb.

“You need a basic knowledge of the night sky and using a camera, but you don’t need to be extremely knowledgeable about constellations and stuff.

“I wouldn’t say my photos are award-winning, but I’m surprised what you can photograph from a back garden in Darton.