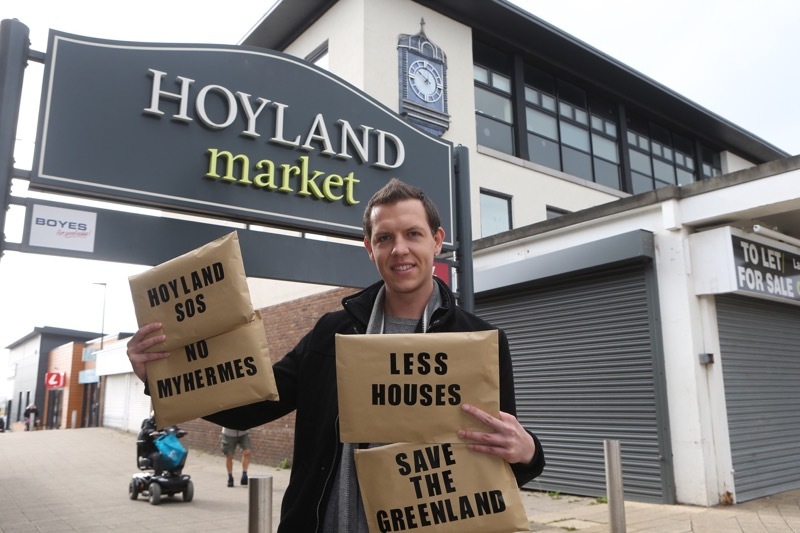 CONTENTIOUS plans to build almost 1,000 homes on a 42.6-hectare site were approved by cabinet members this week despite a petition surpassing 2,000 signatures.

On Wednesday the masterplan framework was proposed to cabinet members and, following its approval, will now be considered by full council later this month.

The new development will provide a total of 958 ‘high-quality’ homes to address the borough’s housing needs.

Alongside the housing aspect of the framework, a shop, a community hub including a cafe, a play area, allotments and cycle paths will also be created.

A new primary school will also be built on the site, which is based on the southern edge of Hoyland and Hoyland Common.

According to a council report, the masterplan framework will ‘seek to retain and enhance trees and biodiversity features wherever possible and deliver a minimum ten per cent biodiversity net gain’.

As well as this, a minimum of 15 per cent of the site will be kept as open space. Principles will also be set out for maintaining the green spaces and the responsibilities for individual developers.

A petition signed by residents of Hoyland has reached more than 2,000 signatures to stop the ‘unnecessary destruction’ of local countryside though the council say they have completed a number of public consultations.

A community consultation exercise to gather views on the draft masterplan was carried out from June 3 to July 15.

As part of this, the council held a series of virtual sessions to give affected residents the opportunity to ask questions the video session can be viewed on the council website.

Mark Goodison, the man who started the petition, feels Barnsley Council has refused to acknowledge the petition, describing the current council system as ‘ancient’.

However Coun Robert Frost, cabinet support member for place, believes masterplans are essential for the community, as without them developers could bring forward planning applications without any forethought into how it will affect local residents.

He said: “The Hoyland South masterplan will provide energy-efficient, high quality housing for residents, which is vital as our borough continues to grow.

“It is important for the council to work with developers and landowners and deliver the masterplan framework to establish the infrastructure requirements and deliver sustainable growth.

“They key point of our framework is that we can shape the future development taking into account the needs of residents and our communities.

“The absence of a framework could result in developers and landowners bringing forward planning applications to develop their own sites without properly considering how they relate to or benefit the wider area.

“We’ve worked to provide a robust masterplan that outlines in detail our focus on the environmental considerations and achieving a net gain in biodiversity on the site.”
Author: Jack Tolson