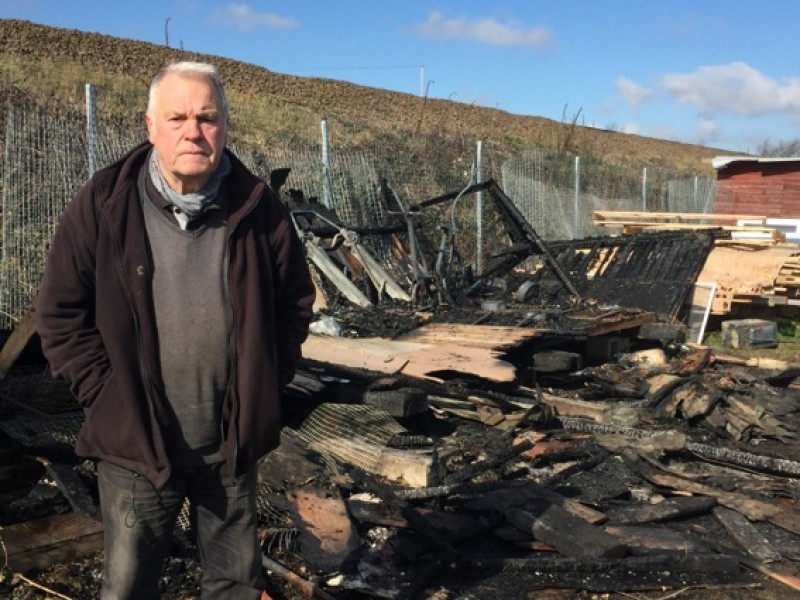 AN allotment holder was left in tears and said he’d ‘lost everything’ after his beloved racing pigeons were killed in a callous arson attack.

Up to 180 pigeons were killed across two allotments during the attacks early on Tuesday.

Fighting back tears, he said: “Everything is gone. I lost my son 15 months ago to cancer and my wife is poorly so we don’t go on holiday. This was my retreat, my holiday. But I’ve lost everything.”