Golfer Scarlet already into the swing of things... 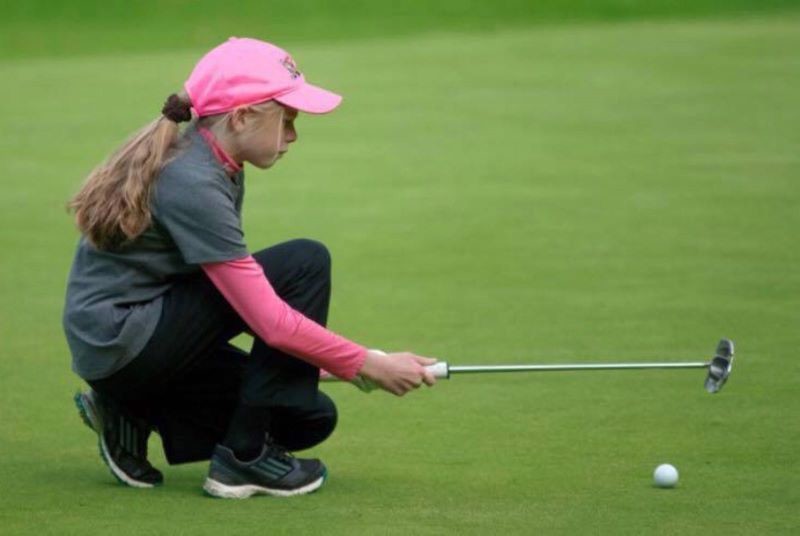 A YOUNG golfer is teeing up to be the first junior female captain at her club.

Scarlet Brown, 13, of Lowe Lane, Stainborough, has been playing the sport since she was seven.

She trains under the coaching of Gary Martin, from GM Golf Academy at Silkstone Golf Club.

Gary said when she started, Scarlet wasn’t a natural talent with a club.

But through her determination and will to succeed, she has now joined the ranks of the Yorkshire Ladies Junior Golf Academy, a training programme which could eventually see her represent Yorkshire at county level.

Her efforts have seen her nominated for a Young Champions award.

Gary said: “Through sheer effort she has seen a real progression into becoming a really good golfer. She has also become quite a good leader and role model too, setting a good example for other youngsters about what is required to improve.”

Scarlet was part of Gary’s first group of youngsters in the GM Golf Academy.

“She completed her British Golf Foundation course and then joined the junior academy membership. She was junior vice captain last year and is the first ever girl to become captain, and that is because of her leadership skills.”

Scarlet trains with multiple coaches and plays at the course once a week.

She is about to go into her third year as a Girls Gold Rocks ambassador, a national project run in partnership with Golf England, The Gold Foundation and the PGA to encourage more girls to get involved in the sport.

“Since Scarlet has been in the academy it has been easier to get girls to join. It is always more difficult for girls because they are coming into a group of boys. But it is different now with Scarlet as a good role model, and she always tries to engage any new girls in conversation. Golf is not the most popular sport among school kids but we probably have the biggest junior academy in South Yorkshire now.”

As captain, she has to take part in official events but also help keep the other young players focused.

“Scarlet has the full package of supporting parents, a great academy and she is keen to succeed,” Gary added.

“I think her nomination is really good. It recognises her as being an exceptionally talented kid but also her dedication to helping others. She will come up to the golf club on a Sunday and bring her homework. She is always busy and can’t have much time to relax between golf, her schoolwork and being an ambassador.

“But if she keeps focused and takes everything one step at a time, then all I can say is watch this space.”

That same membership has seen her play at courses throughout Yorkshire in open competitions.

Scarlet’s dad Jon Brown said: “Scarlet’s determination is part of the culture at Silkstone Golf Club and Gary’s academy. They make golf fun and that has driven her.

“It takes up quite a bit of her own time doing her ambassadorial duties and golfing. She is in year eight at Horizon and they have been quite supportive too, releasing her on the odd occasion so she can attend events.

“The main thing about her being made captain is she is now a role model not just to other girls, but to boys there too. She enjoys the sport and was even golfing over the weekend, in the inclement weather, which speaks volumes.”