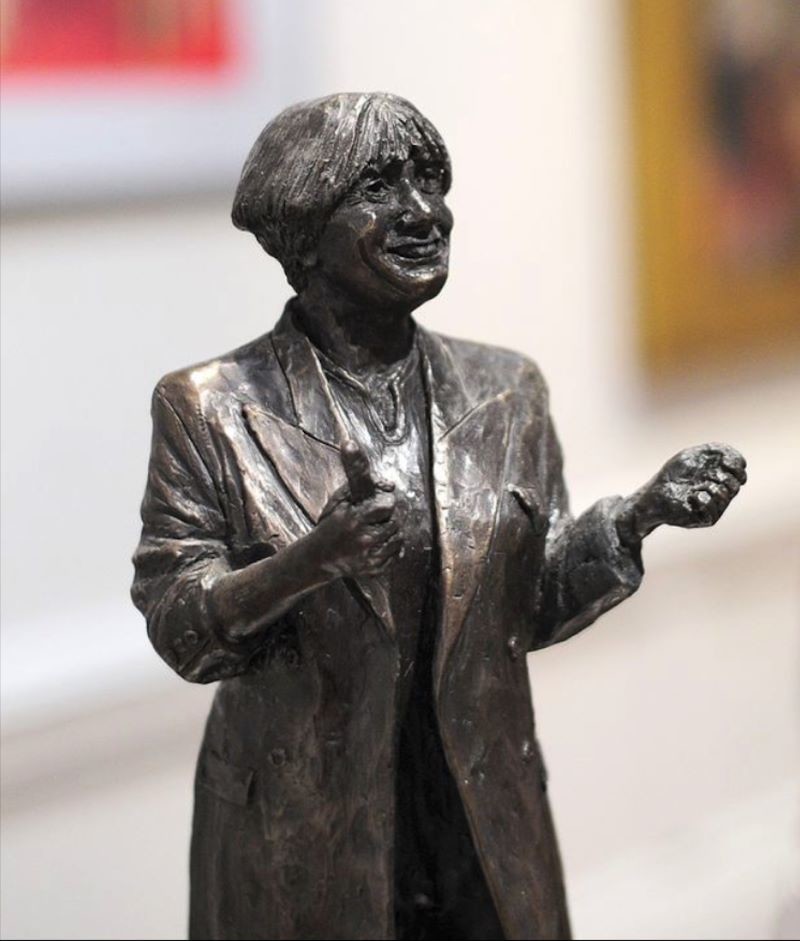 HOW do you turn wood into bronze? Call Graham Ibbeson.

Barnsley’s famed sculptor has all but completed his work to create a larger-than-life-size statue of comedy legend Victoria Wood which is due to be unveiled in her hometown of Bury some time this summer.

Graham told the Chronicle he had enjoyed working on the project, not least because he is a huge fan of the comedian.

“This is the one project I really couldn’t have refused,” said Graham, who last year announced he was ‘sort of retired’.

He has studied footage of her performances over the years, and identified that the star would often clench her left hand while enjoying the reaction to a joke and concentrating on what comes next.

“I got the particular pose from watching An Audience With Victoria Wood which aired in 1988,” he said. “I’ve tried to show her enjoying the applause, and the laughter. She’s soaking it up, and just clenching her fist while she thinks about the next gag.”

His work, which is about 20 per cent larger than life and sees her stand 6ft 4ins, has been completed in clay, and approved in person at his Barnsley studio by Victoria’s family and friends.

Only this week staff from a foundry in Oxfordshire have been to Barnsley to complete their rubber mould of the work, ready for it to be set into bronze.

A miniature version of the work is currently on display in Bury. The star died aged 62 in April 2016.