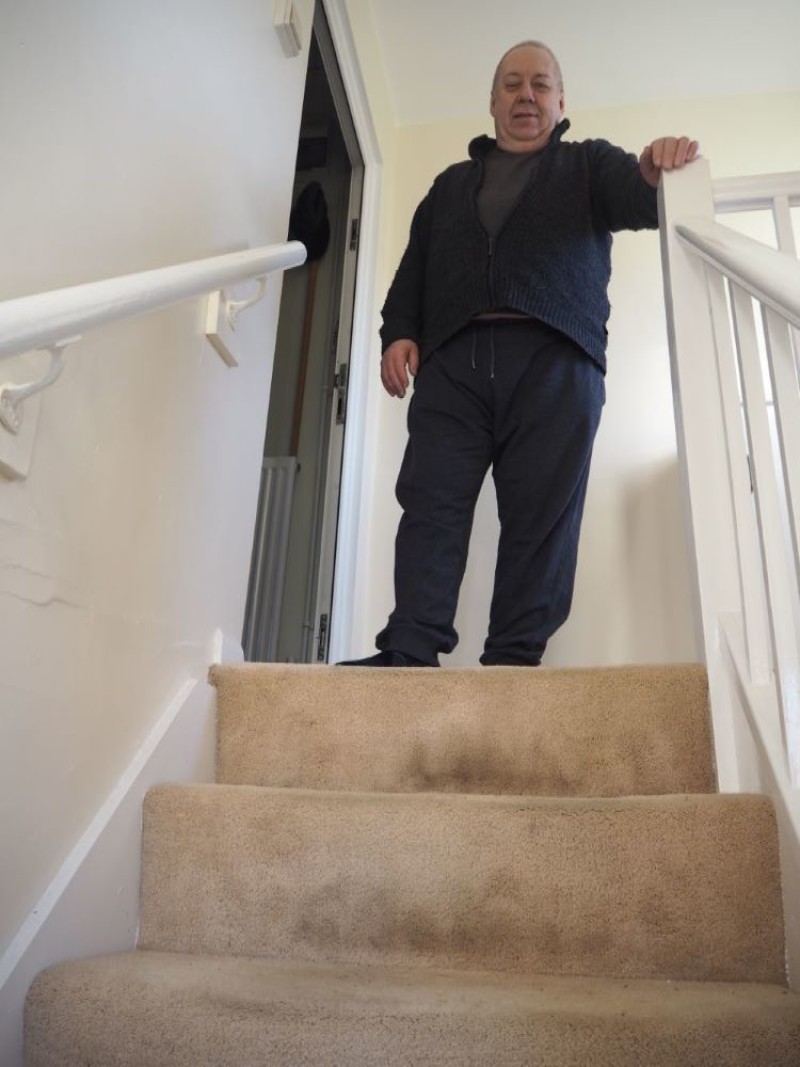 A COUNCIL tenant ordered to remove the carpet from his wooden staircase due to fire risk has branded the move ‘health and safety gone mad’.

Neil Barham, 72, contacted the Chronicle after an inspection by Berneslai Homes at his home last week. During the inspection he was told that he had to move recycling bins so he didn’t trip over them in case of a fire, and remove the carpet from the stairs leading up to his flat on the first floor.

He said: “I have been told to remove the carpet at my own cost as it is extremely flammable. I would accept this if it was a steel staircase underneath but it is in fact a wooden staircase which of course is also flammable.

“I purchased and had the carpet fitted more than 14 years ago where I was told, verbally unfortunately, that it was absolutely fine.

“I have now been told that if I don’t remove it, they will send someone to do it and charge me. I’m pretty sure that will cost me more than what the carpet cost me with fitting.”

Neil said that the only concern he has with his flat on Birdwell Close is the two electric boxes which are located on the stairs.

“The electricity boxes are more of a fire hazard than my carpet. It’s health and safety gone mad.”

Neil’s downstairs neighbour, John Phillips, was told to move his belongings that were being stored in a cupboard under the stairs.

Seventy-year-old John, who suffers from a bronchial disease, said: “I think it is absolutely stupid. I can’t move that, I struggle with my breathing. I’ve been told I have to move it or I’ll be charged. It’s stress I don’t need. Why have a storage area if we can’t store anything in it.”

A spokesman from Berneslai Homes said: “The safety of our tenants is of the utmost importance to Berneslai Homes. Regular checks are undertaken to ensure there is no fire risk to residents who reside in the flats.

“Following an inspection of the flats’ communal areas by the fire officer, a number of combustible items were found to be stored by residents in these area. Those responsible were asked to remove them and these have now been cleared.”